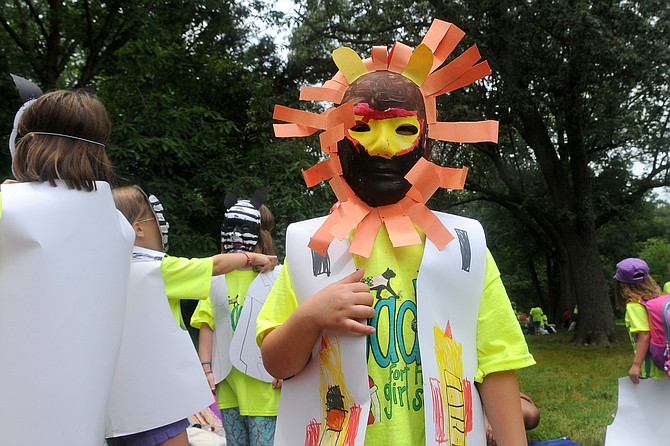 The Daisies put on their masks for their upcoming performance from The Lion King. Photo by Louise Krafft.

Mount Vernon — More than 300 Mount Vernon scouts attended a week-long camp at Fort Hunt Park. This year’s theme was Broadway. The scouts included Daisies, Brownies Juniors, Cadets, Aids in Training, Aids and a few brothers of scouts. Dozens of parent volunteers assisted the aides and aides in training throughout the week. Each group worked on a song and dance from a popular Broadway musical. The Daisies chose “The Lion King,” the Brownies worked out two numbers from “Annie!,” the Juniors performed a song from “Wicked” and the Cadets a number from “Cats.” The brothers performed a scene from “Star Wars.”