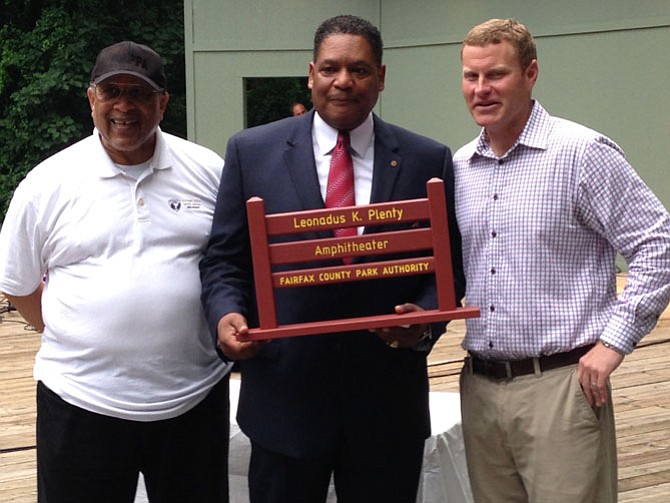 Mount Vernon — Leon Plenty was general manager of the Lee District RECenter from 1982 until his retirement in December, 2014. Across his career in Fairfax County parks, he worked at seven out of the nine RECenters, as well as Lake Accotink Park. At a ceremony on June 17, Plenty was recognized for his work with the renaming of Lee District’s amphitheater in his honor.

“He was instrumental in establishing the Our Special Harbor Spray Park, treehouse, free summer concert series and so much more,” Supervisor Jeff McKay (D-Lee) said in a statement. “Leon started as a park specialist 1 and climbed his way through the ranks in the Park Authority to become a general manager.”