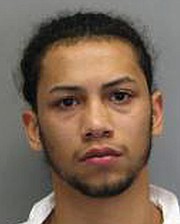 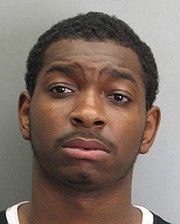 Dominique May, 18, of Reston

Rashad Kejuan Daye, 24, of the Herndon area, was killed Sunday, May 17 during a robbery attempt, according to Fairfax County Police.

Police charged Eddie Rodriguez, 22 of Woodbridge, and Dominique May, 18 of Reston, with attempted robbery and use of a firearm in the commission of a felony.

Four men, including Daye who was killed, entered an apartment in the 11600 block of Stoneview Square around 2:50 p.m. on Sunday afternoon, May 17, according to Lucy Caldwell, public information officer with Fairfax County police.

Detectives believe it was “a robbery attempt that led to an altercation and shooting, resulting in the death of a 24-year-old man that was in the apartment,” according to Fairfax County Police reports.

The “men entered an apartment, engaged in some sort of disagreement and one was shot, another was wounded, and others fled the scene,” according to police reports. “There were at least two men at home in the apartment, neither [were] injured.”

According to police, “subsequent investigation revealed that the men were known to each other and that the incident was not characterized as ‘random.’”

Police said that the weapons believed to be involved in the crime were recovered on scene.