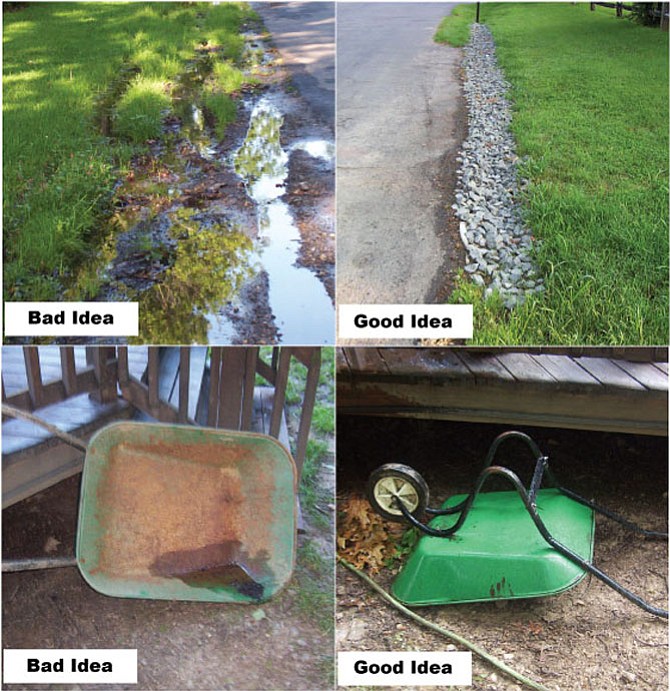 A composite image from Fairfax County shows home scenarios that are both more and less conducive to mosquitos breeding. Photo courtesy of Fairfax County Health Department

Silcox said there were zero documented cases of the virus in humans (typically linked to a mosquito bite) in 2014, three in 2013 and eight in 2012.

A “documented case” means it was reported to a doctor, the health department and confirmed as meeting all of the case definitions.

Though there are more cases already in 2015 than all of last year, that doesn’t necessarily mean conditions are changing for any kind of trend upwards.

“There are so many factors,” Silcox said, “it’s very hard to predict what kind of season you’re going to get.”

To reduce the risk of being bitten by mosquitoes, Josh Smith, an environmental health supervisor with the disease-carrying insect program in Fairfax County, recommends wearing skin-covering clothing when outside and using any number of types of insect repellent.

“The best repellent is the one you use,” Smith said.