The intertwinement of domestic violence and homelessness in Fairfax County. 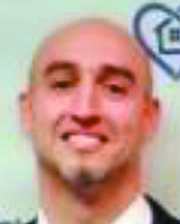 What if you wake up one day in fear of your physical safety? What would you do if you had absolutely no access to any of your bank accounts? What if you found yourself completely isolated from your friends and family and had no resources? Unfortunately, these are the very real situations that victims of domestic violence find themselves in before they seek out support and shelter.

Shelter House, Inc. operates Fairfax County’s only 24-hour emergency domestic violence shelter, Artemis House. This past year, Artemis House increased its bed capacity from 34 to 42 trying to meet the needs of the 60-100 individuals who call the Artemis House hotline on a monthly-basis.

One recent Artemis House resident “had no access to the family account, credit/debit cards. [The abuser] did not even give her, as we often see, an ‘allowance.’ She could not even ask for feminine hygiene products. He made all the financial decisions and still accused her of stealing money,” says Suzanne Pigg, director of Artemis House.

Why are so many families who are homeless affected by domestic violence? One big reason is 98 percent of domestic violence cases involve financial abuse. Many families who are homeless have experienced having an abuser control their access to accounts, imposing a strict allowance of funds or coercing them into signing documents for loans or leases. The ways in which financial abuse occurs varies, but is a consistent threat and serves as an effective and damaging way for an abuser to keep a victim under their control.

Domestic violence, and the homelessness that it can lead to, are not separate or isolated issues. They are intertwined issues that affect individuals and families and communities. It is up to us as a community to speak out against abusers and stand in solidarity with those who have been victims of domestic violence and financial abuse. Part of Shelter House’s outreach efforts this year have included participating in the Purple Purse Challenge, a national month-long awareness and fundraising campaign held in October aimed at promoting financial empowerment. But much like homelessness and domestic violence, our outreach does not end in October. Help us raise awareness and make an impact by visiting www.shelterhouse.org and find out ways you can get involved.