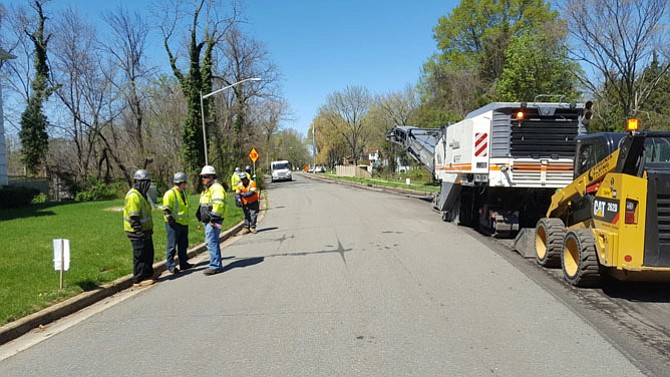 As members of the community well know and as their daily commutes to and from work remind them, one of the most pressing needs in Northern Virginia is enhancement of transportation infrastructure. This means widening roads, synchronizing traffic signals, and enhancing mass transit whether it be buses, trains, light rail, or subway.

For the past several weeks, the greater community in the Fort Hunt area of Mount Vernon has been the subject of a widespread road re-paving operation. As one who travels Mount Vernon roads on a daily basis, I wonder why? The roads in our community have actually been in quite good shape. I do not recall seeing more than a couple potholes and there are occasional cracks that could easily be repaired with asphalt or tar.

Re-paving the roads in Mount Vernon which largely did not need to be re-paved has done nothing to improve the transportation infrastructure in Mount Vernon. All it has done is to spend our precious tax dollars which could have been spent on infrastructure enhancements such as those listed above. Also, in the short term, it has caused delays in the areas where paving operations are occurring.

I will not speculate as to how the decision was made to unnecessarily spend money on a project that has done nothing to reduce the travel times of people traveling to and from work. However, someone should be held accountable for this squandering of tax revenues. Members of the Northern Virginia Delegation to the Virginia Senate and House of Delegates ought to investigate how and why this occurred and ought to closely scrutinize the VDOT budget and ensure that such wasteful spending does not recur. And insofar as those politicians played a role in what appears, on the surface, to be a make-work project, spending funds to ensure future funding at current budget levels, voters should remember on the next election day.