Herndon Outlook: What Comes Next?
Votes

Herndon Outlook: What Comes Next? 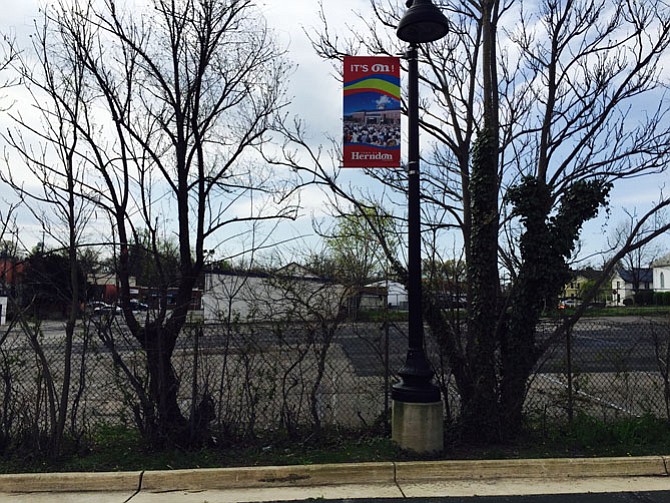 Two companies responded to the Town of Herndon’s Request for Proposals to redevelop 4.675 acres of land in historic downtown. Photos contributed

The Town’s vision for redevelopment of the downtown calls for four-story (mixed-use/residential) and three-story (mixed-use/commercial) structures, a jointly funded public/private parking structure, and an 18,000-square-foot arts center, among other features.

Two companies, The Stout & Teague Company and Comstock Development, responded to the Town of Herndon’s Request for Proposals to redevelop 4.675 acres of land in historic downtown into “an attractive, mixed-use downtown.”

“We look forward to working with town officials and community stakeholders on this game-changing project for downtown Herndon,” according to Stout & Teague’s proposal. “The project will fulfill the vision of the Downtown Master Plan and stimulate further downtown Herndon development.”

According to its executive summary, Comstock “envisions a mixed-use project that will be multifamily-focused, but will also address the Town’s parking and public amenity needs.”

“The project will include walkable outdoor space, designed to activate the streetscape and enhance connectivity. The design proposes a vital public realm that will encourage urban, outdoor activity while creating an authentic ‘place,’ framed by architecturally significant buildings,” according to Comstock.

THE TOWN’S VISION for the redevelopment calls for four-story (mixed-use/residential) and three-story (mixed-use/commercial) structures, a jointly funded public/private parking structure, and an 18,000-square-foot arts center, among other features.

The Town Council and an internal committee will select which proposals qualify for the second phase, a presentation to the public tentatively scheduled for June. The Council hopes to select the top proposal in July, and “the town anticipates that a contract will be awarded by the end of 2016,” according to Town documents.

The property is located within the town’s Heritage Preservation District and has been included in the National Register of Historic Places since 1991.

STOUT & TEAGUE has worked with the Town in planning for development at the Innovation Station on the Silver Line and revitalizing Herndon Commerce Center at 754 Elden Street.

“We stand to benefit from the success of the development of the Town's parcels, and will likewise suffer from an inferior project on the site,” according to Stout & Teague’s proposal. “We have every incentive to ensure that the project is of high quality and to pursue it to successful completion.”

In its executive summary, some of the concepts presented by Stout & Teague include: a 31,000, three-story commercial building that incorporates the 18,000-square-foot arts center, 9,500 square feet of retail space and 3,500 square feet of office space; a 100-to-120-room, four-story hotel as the principal facade on Elden Street; 18-22 townhouses ranging from the upper $400,000 to upper $500,000; a 60-unit condo building with views of the W&OD Trail and Town Green; and 450-to-475-car garage in the center of the site that will be screened by street-front uses.

Fairbrook Hotels and Tradition Homes LLC and Evergreene Homes have already pledged interest in working with Stout & Teague on the project.

Stout & Teague says it will fulfill the vision of the Downtown Master Plan “and will be a catalyst for further development in downtown Herndon by:

COMSTOCK HIGHLIGHTED many of its projects around Reston and Herndon, including transit-oriented development at Reston Station and Loudoun Station, Dulles Town Center, RiverHouse Infill Development in Arlington and Bethesda Row in Bethesda, Md.

“The collaborative relationship and experience gained throughout the Reston Station and Loudoun Station development processes will be brought to the Herndon Downtown Redevelopment Project and will help ensure success,” according to its summary.

“The mix of retail, residential, and Arts Center uses are accessed by a small scale street framework. Direct access is provided from the W&OD Trail into the Arts Walk paseo, which leads into the two public plazas across from the Town Hall and along Elden Street. This offers a development that is nestled into the contextual fabric, enhancing the historic character and heritage of the Town of Herndon.”

“The project will be subject to a condominium regime, allowing for fee ownership of the components of the project by Comstock and the Town,” according to Comstock.

The Fairfax County Board of Supervisors seeks to amend the approved proffers associated with RZ 2009-PR-017 previously approved for transit-oriented development near the future Innovation Center Metrorail Station consisting of approximately 1.65 million square feet of residential, office, hotel, retail and public use development (including bonus density associated with the provision of workforce dwelling units). Changes proposed include requirements for tree preservation, landscaping, stormwater management and sign locations. No change to the previously approved floor area ratio (FAR) of 3.05 for the original rezoning application area is proposed.

“We are so fortunate,” Mayor Lisa Merkel said of the Silver Line. “This is a huge project, one of the biggest infrastructure projects in the country. There aren’t many towns that can get involved in projects like this.”

Construction will begin on Herndon’s future Silver Line Stop in 2016 with its opening within five years.

Merkel wants everything in place by the time the Silver Line’s doors open to Herndon in five or so years.

Evergreene Homes has already sold more than half of the 17 new homes at the intersection of Center and Vine streets and along the W&OD Trail in Herndon’s Historic District. Evergreene Homes is marketing its new development to promote its proximity to the Silver Line as well as being in historic Herndon.

Tradition Homes LLC began construction of three buildings, including five multi-family homes, 15 townhomes and 55,000 square feet of retail/residential space at the corner of Monroe and Elden streets. The Town Council approved the rezoning of the property in December 2014.

The W&OD trail runs alongside the site. Townhomes will range in size from 2,100 to 3,000 square feet. All homes will offer two-car garages and rooftop decks. Six of the townhouse-style condo units along Elden will contain elevators.

JLB Dulles Tech plans to develop a 450-unit multi-family development on 11.6 acres. The site is approximately one half mile south of the planned Innovation Center Metro Station on the south side of Dulles Technology Drive east of its intersection with River Birch Road, and is outside the Town of Herndon. The project was approved by the Board of Supervisors on July 28, 2015.

Sign for the Woody’s Golf Range located on Route 7 in Herndon. After 35 years in operation, business owner Woody FitzHugh is closing the range.

In June, The Fairfax County Board of Supervisors approved Trinity Land’s application for a special exception to build 30 single family units using a cluster development configuration on the 28.9 acre property formerly known as Woody's Golf range. The site is zoned R-1 (one dwelling unit per acre) and is located in the Dranesville Tavern Historic Overlay District.