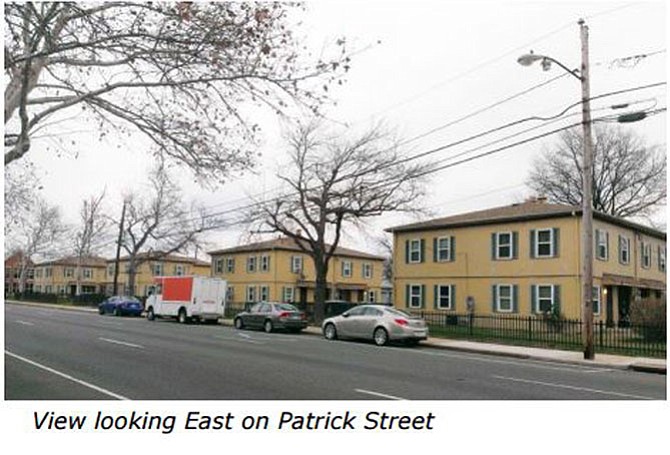 After seven hours of debate, the decision not to rezone Ramsey Homes on Saturday was rendered moot when one City Council member announced three days later that he’d changed his mind. The reversal was the latest in a series of battles between City Council and the Alexandria Redevelopment and Housing Authority (ARHA).

“I left that meeting emotionally drained and extremely frustrated about the whole process and how we got to where we got,” said Smedberg. “There’s a lot of blame to go around. I keep coming back to the plan, at the [families] living in Ramsey… No one won on Saturday, it was that much of a disaster... [This] gives us a chance to reset everything, particularly with ARHA staff … We have to consider the whole thing again, as if it were a new topic.”

According to City Attorney James Banks, a vote to rescind Saturday’s decision would effectively erase the slate, and all three parts of the bill would come back to the City Council for approval.

“If you care about your residents so much, what about the maintenance of these properties?”

Banks had prepared legal documents for the evening in case the topic came up, and was scolded by Silberberg for not warning the council that this might happen.

The Ramsey Homes proposal was a three-part vote: a master plan amendment that would increase the number of allowable housing units from 30 to 53, a rezoning of the area from residential townhouse to commercial-residential mixed use, and a Development Special Use Plan (DSUP) for 53 multi-family housing units.

Normally, a question of whether or not to add affordable housing to the city would be foregone conclusion. On the surface, redeveloping Ramsey Homes in the Braddock neighborhood to add 38 affordable housing units to a city that’s lost 25,000 over the last decade would be an easy choice.

But there was nothing normal, or easy, about the Ramsey Homes decision. A Planning Commission vote at its Feb. 4 loomed over the council. At that meeting, the Planning Commision voted in support of the master plan amendment and the rezoning with six in favor and one abstention, but denied the DSUP in a 4 to 3 vote. A successful protest motion signed by over the required 20 percent of the neighbors forced the approval of Ramsey Homes to pass with a supermajority, meaning six of the seven members of the council would have to approve. But nothing prepared members of the council or the public for the 7-hour brawl in City Council at its Feb. 20 meeting.

Even before that meeting started, there was unease between the City Council and ARHA. At a council meeting in September 2015, ARHA had presented its initial plans to the city for demolition of Ramsey Homes. The demolition plans were approved, but ARHA agreed not to begin demolition until the DSUP for the replacement buildings was approved. At the September meeting, the council directed ARHA to find a “hybrid option” of preservation and new housing. However, as Smedberg noted, ARHA’s DSUP proposal at the Feb. 20 meeting was virtually identical to the September one. Furthermore, Smedberg expressed outrage that ARHA’s insistence on the urgency to replace the housing because of poor maintenance conditions.

“We gave very explicit instructions five months ago about what we’d like to see, and there seemed to be an awful lot of time that passed where not much was happening,” said Smedberg. “Ever since I’ve been on council, we’ve been dealing with this issue of sharing information, getting information to staff on time. It is utterly frustrating. This is a project we should be celebrating together, but here we are. It is so utterly frustrating ... Come on. If you care about your residents so much, what about the maintenance of these properties? Not just this site but other sites? My gosh. To imply that we’re the ones to blame if we don’t do anything?”

One day before the meeting, in response to the protest petition by the neighbors, ARHA requested a deferral of the DSUP approval while still seeking approval for the master plan amendment and the rezoning. At the meeting, both Smedberg and Silberberg echoed a sentiment expressed by Planning Commission member Stuart Dunn, saying that it would be inconceivable for the city to approve rezoning for a project without also approving the plans for the building to replace it.

“We potentially tie future council’s hands if we rezone the property without the project before us,” said Silberberg. “We are all committed to more density and more affordable housing, but I want us as a council to retain the abilities with rezoning. When you come forward with the new project, then we can support that. If we rezone it, and then ARHA decides it’s more valuable to sell it to a private developer, then we’ve lost that leverage.”

Duncan Blair, the attorney representing ARHA, noted that the city still has veto powers if the property is sold to developers. It wasn’t a compelling enough argument to sway Silberberg or Smedberg; it was for the majority of the council, just not a supermajority. Blair had argued that having the property already rezoned would help ARHA during the planning process and give them some type of assurance. This point resonated with some members of the council.

“We need zoning in place to move forward with any planning,” said Councilwoman Del Pepper. “How can you plan if you don’t have the zoning in place? If we defer [the DSUP], it will give us some time to decide what we can do [with the remaining units.]”

Councilman Tim Lovain added to Pepper’s comments, directing towards ARHA that deferral of the DSUP would mean ARHA would be expected to come forward with a more balanced proposal.

“If we pass this deferral, that is for the purpose of giving ARHA time to consider the [hybrid option],” said Lovain.

But as the night went on, the debate over Ramsey Homes took a personal turn. What started as questions around the allowances of a zoning ordinance change began to show cracks in the current City Council. There were questions about communication and trust. The conversation slowly evolved into Silberberg’s leadership questioned by her peers. While Silberberg and Smedberg had accused ARHA of communications failings, Chapman argued it was the mayor whose communications lapse was the most concerning. Chapman referenced a meeting that took place between Silberberg and ARHA leadership without the knowledge of the ARHA Council task force, a group Chapman sits on designed to resolve issues between ARHA and city staff.

“This isn’t a meeting between you and Jinks, there is a task force that should be taking these issues on,” said Chapman. “We’re not having proper communication. That is not happening. Meetings are happening and we’re not getting informed of those meeting until someone else tells me about it. And then we talk about how the process is messed up? Of course the process is messed up. Because meetings are not happening as they should be.”

Silberberg responded that she felt Chapman’s anger towards her was misplaced, and that it was within her purview as mayor to meet with various city leadership to try and resolve problems. But for Chapman, it established the wrong tone for the discussion.

“You pulled the staff of ARHA into your office, and you didn’t talk to anyone on the board,” said Chapman. “You didn’t talk to anyone on the task force. So how is that process not broken on our side? On this body’s side? I didn’t want to bring that up, but that’s not right. It’s not about you working with Roy, it’s about you working with us to work with staff to working … with the community. This is a joint run government. I get that you are the mayor and you are focused on issues, working towards the conclusion of them, but with any of us, the ability to pull others in with us makes us that much stronger.”

Some on the council were frustrated that innocent Alexandrians were caught in the crossfire between the city government and ARHA, an argument Smedberg would ultimately refer back to in his decision to file a motion to rescind Saturday’s decision.

“We have to wait another year now,” said Councilman Willie Bailey. “That’s 40 families that are not going to receive affordable housing. We spend a lot of time. We wanted to be a model for the country. But as it relates to affordable housing, we’re not even a local model. We need to get our priorities straight.”

The criticism touched briefly on Silberberg’s Ethics Commission from earlier in January, where Silberberg had struggled to gain the support of her colleagues and was ultimately forced to pass a more moderate version of her original plans.

“The ethics commission?” said Bailey. “I didn’t think we had ethics problems, but I was going to support my colleagues. Affordable Housing. Warm bodies. Indecent homes. Now we have to wait? I’m a product of affordable housing. As a single parent, raising two kids on my own and putting them through college because of affordable housing. So I have to speak on it. I have to be a voice for the voiceless.”

The council approved the master plan amendment, but couldn’t secure the supermajority votes for the rezoning or to approve the deferral of the DSUP. If it sounded difficult to follow, it was for the council as well. At least one of of those seven hours was spent figuring out exactly what the proposed approvals meant, which Lovain referred to as a “procedural thicket.”

When it was not approved, the mayor and members of the City Council encouraged ARHA to come back with a better proposal, but Blair responded ominously “whether or not it comes back will be an issue.”

At the City Council meeting on Feb. 23, Smedberg’s proposal was met with a positive reaction by the rest of the council.

Silberberg maintained a positive spin on the development. “I appreciate the spirit in which it was offered,” said Silberberg. “If it gives us as a chance as a community to find common ground … then that’s a chance that I’m willing to take as long as ARHA works with the community to find that common ground, works harder with us at the city staff level, and offers the council the options that we asked for in September. Viable options. That was a council directive that was not delivered.”

With the rescension approved, the Ramsey Homes discussion will return to the council at its March 12 public hearing.

“I think as far as the substance of it goes, we have an opportunity to hopefully correct what I think was a pretty big mistake on Saturday,” said Vice Mayor Justin Wilson. “We’ll have to see where it goes from here.”