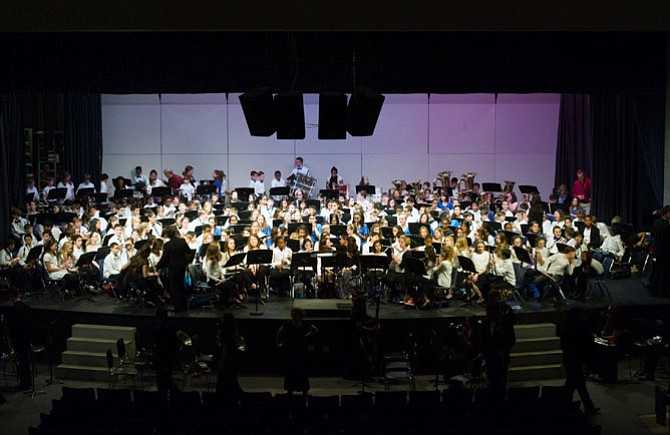 The West Springfield and Burke areas have strong band programs. Parents and students are reminded that the study of a musical instrument is one of the most effective ways of developing a child’s mental potential. It is also the only discipline that develops the student physically, intellectually, and emotionally. Watching the teamwork and hearing the beautiful music performed at West Springfield Band Pyramid Band Concert was both uplifting and impressive.