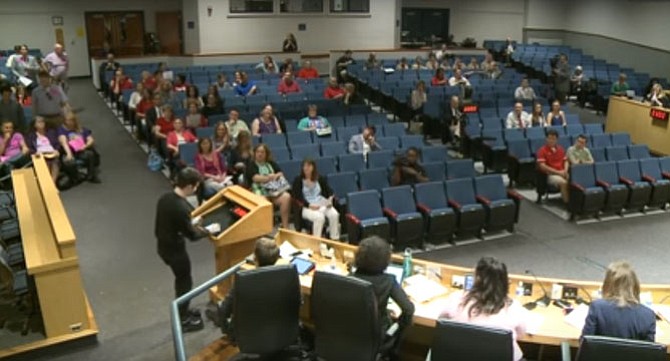 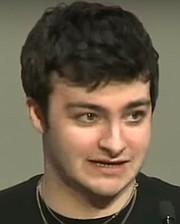 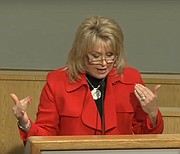 Bennett Shoop remembers first being bullied in second grade. He liked to dress all in black, wear weird shirts, be alternative in his outward expression.

“At that point, it wasn’t gay or queer or anything,” Shoop said, “just different. I looked funny. People didn’t like that.”

Shoop, a senior at West Springfield High School, considers himself “gay and gender queer: not male or female.” Though he was “assigned” male at birth.

Though he didn’t understand the terms and their significance when he was younger, Shoop said he’s always felt the way he now has words to describe.

“I always felt uncomfortable with the idea of masculinity and femininity,” he said. “I didn’t like that one was viewed, femininity, as a weakness, and masculinity what I was told I was supposed to feel.”

Shoop is president of the Gender-Sexuality Alliance at West Springfield, where he said he has long dealt with nasty looks, verbal bullying and even other students throwing things at him. He said the experience is typical for other lesbian, gay, bisexual and transgender students.

He went to theschool administration about it during his freshman year. “I didn’t really see anything done about it,” Shoop said. “I just decided to handle stuff on my own.”

His plan to simply outlast the bullies and move on achieved some success.

“I feel like eventually, people just got tired of harassing me,” Shoop said.

THINKING BIGGER, Shoop has decided to act as a representative for LGBT students before the Fairfax County School Board.

His second time as a citizen participant was May 26. That night, the board had updates to the Family Life Education curriculum on the agenda as new business. No action was scheduled.

“Due to the outrageous trans panic epidemic, trans students are beginning to feel unsafe without specific regulations in place,” Shoop said in his remarks. “I’ve heard many students talking aggressively about their hatred for trans students recently and I feel it’s very important that we follow the federal trans guidelines in order to further solidify the protection of trans students as well as utilize the FLE curriculum to educate about transgender people to dispel all the myths spread about us.”

In a statement released the same day, Fairfax County Public Schools was clear that the new business agenda item for that evening dealt with specific recommendations from the Family Life Education Curriculum Advisory Committee.

“The committee's recommended lesson objectives include instruction on pregnancy and birth; teen dating relationships, teen dating violence, human trafficking along with prevention; and sexual assault education,” the statement said. “No lessons or curriculum are being proposed to incorporate any elements of the guidance recently issued by the U.S. Departments of Education and Justice which states that public schools must permit transgender students to use bathrooms and locker rooms consistent with their chosen gender identity.”

The statement goes on to say FCPS legal counsel is reviewing the guidance Obama’s administration delivered on May 13. The counsel is supposed to give the board an interpretation.

In the meantime, FCPS has also been waiting for a ruling from Circuit Court of Appeals for the Fourth Circuit Court in the case of Gavin Grimm v. Gloucester County School Board.

Grimm was born female but now identifies as male and has requested to be able to use the male bathrooms at his high school.

“It would be premature for FCPS to issue a final regulation or procedures addressing all issues pertaining to transgender and gender nonconforming students,” the school system statement continued. “Once a final ruling is reached, FCPS can address these issues with the benefit of the court's guidance and interpretation.”

Several additional citizen speakers supported the School Board’s actions in the last year adding gender identity and sexual orientation to the non-discrimination policy, as well as updates to the FLE curriculum.

However one of the more consistent and vocal opponents to those efforts, Traditional Values Coalition Executive Director Andrea Lafferty, was critical of the FLE. She called out elements from the curriculum and questioned their appropriateness for the grade level to which they were attached.

Lafferty also voiced her disapproval at what she said was the School Board ignoring citizens as it made decisions in these matters.

“Fairfax has been arrogant and you all, including the superintendent, have refused to apologize to parents,” she said. “Now you’re in cahoots with the Obama administration on this crazy guidance.”

David Aponte of Arlington was in the audience, though not being a Fairfax County resident, he did not speak. Aponte is chairman of Northern Virginia chapter of the non-profit advocacy group Gay, Lesbian and Straight Education Network (GLSEN). The organization works with K-12 schools to advocate for policies to help protect and make schools safer for LGBT students.

He follows Fairfax as well as other schools systems in the region and is pleased with the pace and direction Fairfax County has been moving.

AFTER THE GUIDANCE from Obama came out, Aponte said GLSEN sent a letter to all Fairfax County principals offering help if they had any questions.

“We’ve been working with various teachers, leadership in Fairfax County, to make sure they’re representing their LGBT students.”

Without formal guidelines from the school system, Aponte said sometimes teachers or administrators need help responding to a situation when a transgender student is targeted.

“What we’ve been fortunate to see is that much of the staff tends to be protecting the students,” Aponte said. “They’ve been very helpful in these areas.”

The final citizen speech was a recorded video statement from Robert Rigby, Jr., a teacher at West Potomac High School and president of FCPS Pride, a certified FCPS employees group that supports lesbian, gay, bisexual and transgender students, staff and families throughout the school system.

Rigby said he and FCPS Pride are supportive of the school system adopting regulations borne out of the Obama guidance.

He also expressed his own acceptance of transgender students as “a journey.”

At first when he learned about students being accommodated to use different bathrooms, Rigby said he wasn’t sure if he liked the idea.

But after meeting with parents of transgender youth, transgender adults and going to discussion groups, “They were no longer scary,” he said.

And so Rigby’s encouragement for people in opposition to Obama’s guidance and any action by the School Board to formally conform with it was to “go out and talk to people.

“Reach out, meet several real transgender people,” he said. “If you have an open heart, you won’t be afraid or angry any more.”

The full text of the FCPS May 26 statement on Family Life Education update recommendations is available online at www.fcps.edu/news/fle-comm-recs.shtml. A link to the community review page for FLECAC, being conducted until June 24, is accessible through the same page.

The School Board is scheduled to take action on the FLECAC recommendations at its June 30 regular business meeting, held at Luther Jackson Middle School, 3020 Gallows Road in Falls Church.