Arlington native and his nephew return to Selma to explore how the struggle for voting rights has changed, but continues, 50 years later. 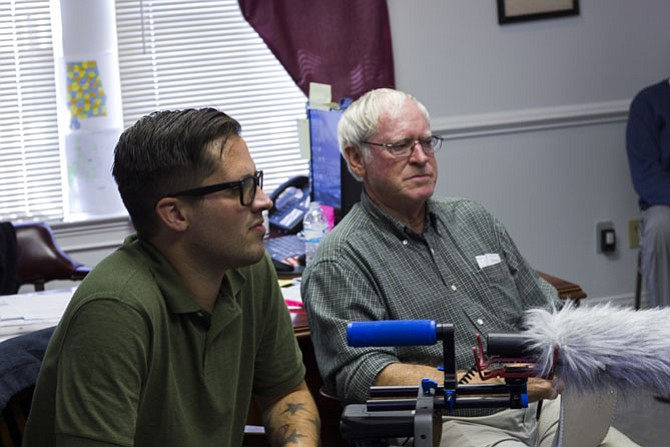 Brian Jenkins, left, traveled back to Selma, Ala., with his uncle, John Witeck, right. Witeck spent a few days in Selma in 1965 following Bloody Sunday, a trip that inspired his life-long work in activism. Photo Contributed

John Witeck was like many Americans, watching in heartbreak and disbelief as the nation learned of the beatings and violence in Selma, Ala., on what’s become known as “Bloody Sunday.”

He quickly worked with a group of friends and, with the help of a priest and minister from the University of Virginia where they studied, responded to Dr. Martin Luther King Jr.’s request to drive down to the tense, racially-divided city in an effort to secure voting rights for African Americans in March 1965. 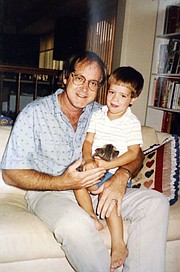 When Witeck returned to Selma this past February, he found a city still divided, still fraught with tension, but with residents who remember how bad things were and how much progress has been made since that terrible time.

“People who just wanted to vote were being arrested and we heard Dr. King put a call out to people of good will to come to Selma that Tuesday” to join their efforts, Witeck recalled. “A group of seven of us left Monday night and went from Charlottesville to Selma and by the time we arrived, we didn’t see the march but we saw sheriffs’ deputies and police. They were carrying long bats they twirled like batons.”

Witeck, now a resident of Hawaii, spent just a few days in Selma but it changed him forever, setting him on a lifelong path of working for social justice and civil rights. His stories and gentle but impassioned nature have inspired many around him, including his nephew, California-based filmmaker Brian Jenkins, now working on a documentary about his uncle’s work during that time.

“The minister and priest they went to Selma with ended up sending them back late Wednesday or Thursday morning because they were afraid they were going to get them (the students) killed down there,” Jenkins said. The students were sent back to UVa with orders to tell others what they saw. “I think there was some guilt bringing these college students down there because it was that hostile.”

For example, shortly after their arrival, Witeck and a friend went to Brown Chapel, where King and other civil rights workers had been gathering, and met with James Reeb, a white Unitarian minister active in the civil rights movement. Reeb was beaten by segregationists just hours after meeting Witeck and died two days later from his injuries.

Witeck remembers going into the home of an African American family near the church, sharing a spaghetti dinner with them and passing the evening there. “It was the first time I’d been hosted by a black family. We didn’t know any African Americans in Arlington, it was pretty segregated at the time.” The next morning, as he left, he was again surrounded by segregationists who shouted profanities and racial slurs at him. He hadn’t heard of Reeb’s beating at the time.

“They wanted to know which family I stayed with. They were in a lusty mood. One pulled up a large wrench and held it over my head. I grimaced and closed my eyes,” Witeck said. “The wrench never came down. Two sheriffs in Darth Vader helmets” stopped the attack.

Later, Witeck and his friends heard King and the protesters were “devising a plan to walk to the courthouse, which I think was equally hostile” to the bloodshed on the Edmund Pettus bridge just days before, Jenkins said.

During the march the courthouse, “people were coming out and cocking their shotguns and screaming at” the marchers, he said. “One of the amazing details (Witeck) talks about is how the police were throwing rocks at the protesters. The FBI was there but they weren’t intervening. They were taking pictures of the protesters.”

Back at the church, King addressed the crowd, calling on them to remain courageous and determined in their efforts. “The courage of the people, to hear them and their mission, it was the kind of message (that could inspire you) to march through hell and feel the support of the people around you,” Witeck recalled. 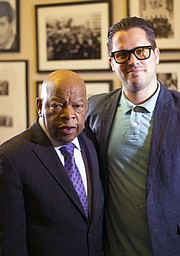 For his upcoming documentary, “Answering the Call,” Brian Jenkins traveled back to Selma, Ala., with his uncle, John Witeck, and met with African American activists who were engaged in the civil rights movement, including Rep. John Lewis (D-Ga.), who also worked with Dr. Martin Luther King, Jr.

The return to Selma is an important part of the documentary Jenkins is filming. Titled “Answering the Call,” he’s hoping to release the film this fall, just before the election. It’s a reminder of the current state of things, both in Selma and the country, pertaining to voting rights, racial tension, economic disparity and, somehow, finding optimism in how far things have progressed since that day in the spring of 1965.

“The hope of this film is to inspire people, the idea of taking a risk or opportunity,” Jenkins said. “It was very conflicting to be there and see the city today. It’s not that Selma’s any worse off than any other place, but it was discouraging, the idea that we hope this idea of democracy and fighting for voting rights can change things, but I wonder what really can make life better for these people.”

He was touched by how strongly people who had been there in the 1960s, fighting for their right to register and vote, really believe their lives are better now, that things have improved, even while their state-level elected officials are again trying to make it difficult for others to vote and to limit representation in elected office.

“I was amazed to hear it. Unanimously, the thought was that progress is a lifelong battle. You have to fight for every single inch,” Jenkins said. “Everyone I spoke to who was there during the movement, they felt life was better today … Things are better but it’s not going to happen overnight. It’s a continuous struggle. For the people who want to make change, you have to realize you’re in for the long haul.”

John’s brother, Bob Witeck, said their family is very excited to see the film and for others to be inspired by his work.

“A lot of people who were activists in the ‘60s changed a lot (since then). John stayed on the course. His life is one of social activism and involvement,” Bob Witeck said. What he saw in Selma “deeply affected him and his motivation” to dedicate his life to others. It inspired Bob’s own activism for protections in the LGBTQ community, while some of their 43 nieces and nephews also have taken up opportunities to provide voices to the voiceless.

He, like his brother and nephew, is sad and astonished that voting rights are still an issue up for debate.

John’s story is a difficult one but one that resonates, even 50 years later. “Hopefully this will remind people how important it is to vote. The right to vote is something very important, not something to put in a museum,” Bob Witeck said.

For more information on “Answering the Call,” Brian Jenkin’s new documentary on the 1965 voting rights protests following Bloody Sunday in Selma, Ala., and the activism of his uncle, Arlington native John Witeck, go to www.answeringthecallselma.com. The trailer for the documentary, to be released later this year, is available on YouTube: https://www.youtube.com/watch?v=GSyD8tlIz28&feature=em-upload_owner