17 injured in collision on the George Washington Parkway. 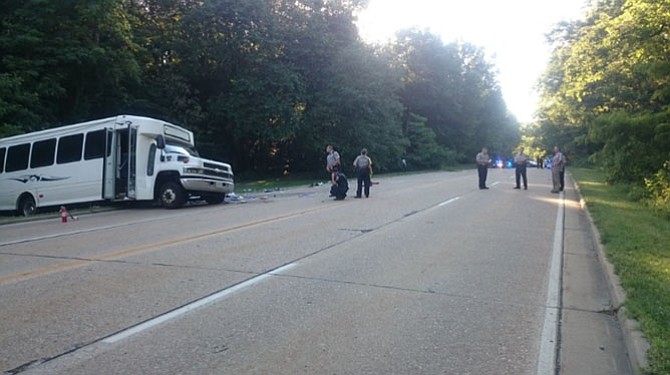 One person is dead and 17 are injured after a shuttle bus collided with another vehicle on the George Washington Parkway around 5 p.m. on June 14. Photo courtesy of Fairfax County 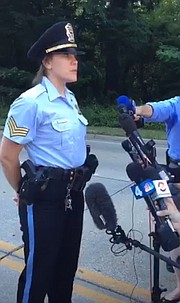 Sergeant Anna Rose with the U.S. Park Police speaks to reporters following a deadly collision on the George Washington Parkway on June 14.

One person is dead and 17 are injured after a shuttle bus collided with another vehicle on the George Washington Parkway around 5 p.m. on Tuesday, June 14.

Sergeant Anna Rose with the U.S. Park Police said the bus was heading northbound and the other vehicle was heading southbound when they collided and both left the road near Stratford Lane, several miles from the George Washington’s Mount Vernon estate.

The bus tipped on to the driver’s side and slid for a distance, Rose said. Passengers were pinned beneath the bus until a number of witnesses and passersby helped right it.

Of the 15 passengers who were injured, three were listed in critical condition. The driver and passenger of the other vehicle were also injured, though their conditions haven’t been released.

U.S. Park Police have been the lead agency handling the incident, though Fairfax County EMS and Fire & Rescue provided assistance.

Rose said it’s not known yet what factors contributed to the collision.

There were 19 total people on the shuttle, including the driver.

The parkway was closed in both directions for many hours following the incident for clearing debris and due to the death investigation that was initiated.

Rose said the Park Police are asking anyone who may have witnessed the incident or who has more information to contact them at 202-610-7500.