Managing Medication Can Be Challenging
Votes

Managing Medication Can Be Challenging 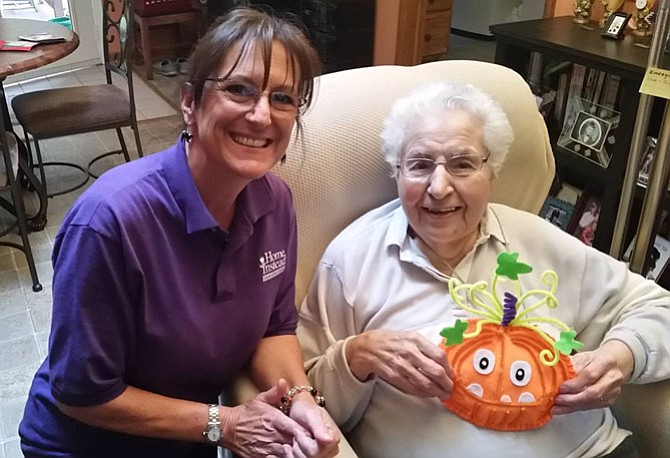 A new study shows that that 20 percent of seniors who take more than five medications had problems taking their prescription drugs as directed by their doctor.

It was around 2 a.m. on a frigid winter night when Janet Russell was awakened from her sleep by the sound of woman calling for help. The cries were coming from the front lawn of her Arlington home. She ventured out into the cold to find her 84-year-old neighbor lying on the ground, believing that dozens of bugs were crawling on her skin.

“She was having bad hallucinations, and it turns out that she’d taken the wrong combination of medicines,” said Russell. “She was on about 11 different medications, some for her blood pressure, and she was administering them to herself.”

MEDICATION ERRORS are not uncommon, according to a recent survey by Home Instead Senior Care. Their survey showed that 20 percent of seniors who take more than five medications had problems taking them as prescribed. Unintentional medication misuse, such as forgetting to take a dose or taking more or less than the required dose, can have devastating results. Home Instead is encouraging families to talk with their loved ones about medication management and are offering suggestions on how to approach such conversations.

“If you notice a change in personality or thinking, or if they’re they having a mobility issue or if they seem sluggish, those are signs of medication mismanagement,” said Ian Lovejoy, director of operations of Home Instead Senior Care in Fairfax County.

Home Instead has created a program called “Let’s Talk about RxSM” (prescription self medication). This program is designed to inform seniors’ families about the dangers of medication mismanagement as well as offer tips for minimizing the risks and suggestions for starting a dialogue about taking medication as prescribed.

“Our goal is to keep seniors at home and safe,” said Lovejoy. “We want the daughter and the son not have to focus on the pill bottle."

Discovering that an elderly patient is taking more than five medications could be a warning sign that they may lose track or get confused about the timing and dosage for each prescription.

“If an adult child sees that their parent is on many medications, I would suggest what I call brown bagging: putting all of the medications in a brown paper bag and taking them with you to the next doctor visit,” said Omobola Oyeleye, an assistant professor of nursing at Northern Virginia Community College who teaches a class in drug dosage calculations.

“They can go through each medication with the doctor and find out what it’s for. Sometimes, for example, someone might be taking a medication that was prescribed six months ago for a condition that has already cleared up.”

Oyeleye suggests a conducting what she calls a medication reconciliation in order to determine whether someone is taking multiple medications for the same condition. “What you might find is that one medication exacerbates or even negates the other,” she said.

Trisha Brechling Miller, 57 of McLean, has managed the medications for both her 85-year old husband, Larry, and her 84-year old mother. After Larry fell, broke his hip and became immobile, Muller began using a calendar to keep his medication schedule in order. “I have a calendar that helps keep me organized as to what he needs to take and when, “ she said. “If it changes, I update it.” Miller, a Home Instead Senior Care client, is also assisting her mother in creating a medications calendar.

“Along with the car and their mobility, their medication is something that people generally like to have control over.”

CONVERSATION ABOUT MEDICATION can be fraught with tension. A perceived loss of freedom is one factor that can make getting involved in managing family members' medication complicated, says Lovejoy.

“It’s just one more thing that they’re losing control over,” he said. “Along with the car and their mobility, their medication is something that people generally like to have control over.

Clear lines of communication are necessary, as families often play a critical role in intervening and preventing a possible negative outcomes.

“My husband is on 10 different medications, and we’re able to manage his medications, but there are people who can’t do that. Those people tend to rely on family, ” said Sheila Moldover of the Potomac Community Village in Potomac, Md.“They need children or close friends who handle it for them." The Potomac Community Village offers programs and services designed to help seniors lead healthy lives and remain in their homes as long as possible.

Gaining empathy from a parent and making it about the child’s feelings is one way to open communication, so Lovejoy suggests that caregivers start by finding a common ground. “It’s important to communicate the emotional stress that potential medication mistakes can cause for a loved one,” he said. “Let your parent know that you are concerned. Your parents don’t want you to be upset.”