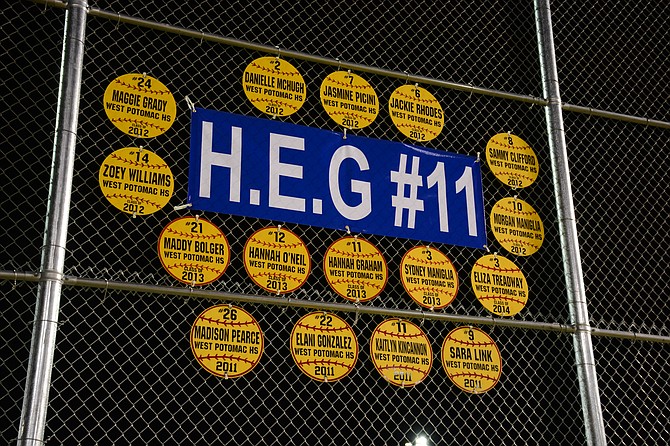 The fence looking over right field at the West Potomac softball park honors Hannah Graham prominently, along with softball placards for other Wolverine alumni. Photo by Tim Peterson. 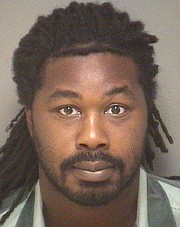 On March 2, Matthew chose to plead guilty to First Degree Murder and Abduction with Intent to Defile related to the deaths of Hannah Graham and Morgan Harrington, both college students at the time, a release from the Albemarle County Commonwealth’s Attorney said.

Harrington was a 20-year-old sophomore at Virginia Tech who disappeared from a 2009 Metallica concert in Charlottesville, Va. Graham, a Mount Vernon resident, was in her second year at the University of Virginia when she went missing in September 2014.

Matthew was indicted in Graham’s case in spring 2015 and for Harrington’s defiling and death in the fall.

With Matthew’s guilty plea, he takes on an additional four consecutive life sentences and waives the right to release or parole for geriatric or any other condition, as well as any right to appeal.

“This resolution serves the interests of justice by ensuring the defendant will never again pose a threat to public safety,” Albemarle County Commonwealth’s Attorney Robert N. Tracci said in a statement.

“It is consistent with the wishes of the Graham and Harrington families,” Tracci continued, “and provides a measure of legal finality in cases that would have been subject to highly public trials and protracted appellate review. The agreement can be attributed to the outstanding work of law enforcement personnel and volunteers who made Hannah and Morgan’s cause their own.”