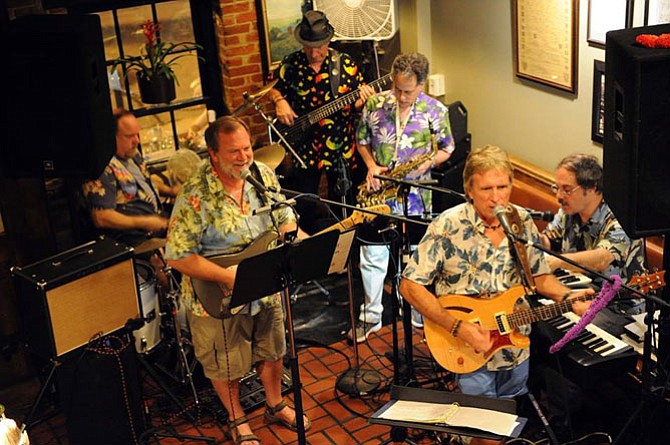 Tommy and the Bahamas, shown performing earlier this year at Union Street Public House, will be on hand as the restaurant celebrates its 30th anniversary Nov. 12. They will perform in the Grille Room beginning at 9 p.m. Photo Contributed

With the Hotel Indigo and a new residential development slated to open in the coming year, change is in the air for much of South Union Street. But one constant for the last three decades has been Union Street Public House.

Located in one of the oldest buildings in Alexandria, the Old Town restaurant will celebrate its 30th anniversary with a day-long celebration Nov. 12.

“Many of our managers and employees from over the years will be returning for the celebration,” said co-owner Jan Test. “And a special menu of many Union Street classics will be served throughout the day.”

The restaurant is comprised of four lots: 117-123 South Union St. The Regatta Room and Oyster Bar, part of 123 S. Union St., are located in the oldest part of the building, which dates back to 1790 and was originally owned by George Washington’s aide-de-camp John Fitzgerald. The main entrance to the restaurant — 121 S. Union St. — is shown on original plats as an alleyway with 117-119 as a warehouse.

Over the years, 117-119 was damaged several times by fire. The structure at 123 escaped the same fate but otherwise little has changed on the exterior.

Following a slow decline along the waterfront after World War II, revitalization began in the 1960s focusing on the historic district of Old Town. In 1970, the French restaurant Kings Landing opened at the location, closing in 1985.

Test’s family purchased the buildings that same year, and after extensive renovations opened Union Street Public House in December of 1986.

“You couldn’t find better people to work for,” said longtime bartender Bruce Witucki, who has been a fixture at the restaurant for nearly 30 years himself. “This is going to be a great celebration of great music, great food and most of all great friends.”