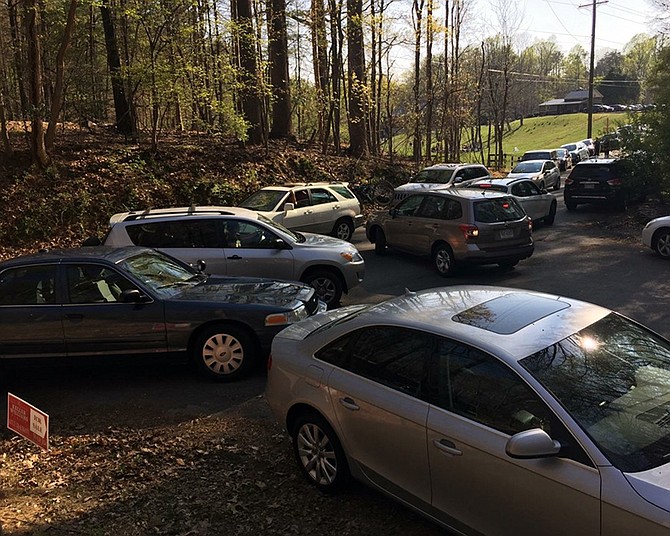 Some residents in areas where a farm alcohol business already exists, such as Paradise Springs Winery in Clifton, have expressed concern that the initial farm brewery legislation, 2016 update and proposed ordinance don’t do enough to prevent traffic and noise from overwhelming communities that aren’t set up to support something like that. Photo contributed

The Fairfax County Planning Commission has deferred action on a zoning ordinance amendment that would affect the establishment and expansion of farm breweries, distilleries and wineries in the county.

The commissioners were scheduled to vote on the amendment Wednesday night, Nov. 16 at their regular meeting. Instead, more action will be taken on Nov. 30.

“I have to say, candidly, I was very apprehensive about tonight,” James Hart, at-large commissioner and secretary for the Planning Commission said, “not just because we had seven cases scheduled and this too – but, I think, I was pleasantly surprised at the quality of the comments that we got and I think we have some issues still to think about and material to digest.”

The amendment is in response to 2016 Virginia General Assembly legislation from Del. Tim Hugo (R-40) and Sen. George Barker (D-39) that places some regulations on farm alcohol businesses.

Under that new legislation, the Fairfax County staff report on the amendment says, “a new farm winery/brewery/distillery may not be granted a license from the Virginia Alcoholic Beverage Control Board (ABC Board) for operation on any land zoned as a residential conservation district if the application for such license was submitted after July 1, 2016.”

In addition, “any existing farm winery/ brewery/distillery already approved in a residential conservation district and any proposed farm winery/brewery/distillery in a residential conservation district with a pending application for licensure by the ABC Board prior to July 1, 2016 (and such license is ultimately approved) shall require special exception approval for any new or expanded building, structure or the uses thereof.”

The amendment in question would establish the special exception process for brewery, distillery or winery uses when the business is located in the R-C District, and for certain events and activities at like establishments located in Rural-Agricultural (R-A), Residential Preservation (R-P), Residential-Estate (R-E) and Residential District, One Dwelling Unit/Acre (R-l) Districts.

Some residents in areas where a business already exists, such as Paradise Springs Winery in Clifton, have expressed concern that the initial farm brewery legislation, 2016 update and proposed ordinance don’t do enough to prevent traffic and noise from overwhelming communities that aren’t set up to support such a business.

“I want to thank all the folks who came out tonight or submitted written comments and emails,” Hart said Nov. 16, “and we still have some work to do on this.”

The item was scheduled for a Board of Supervisors public hearing Dec. 6 at 4:30 p.m.

Though there won’t be an additional public hearing before the planning commission, the record will remain open for written and electronic comment prior to the Nov. 30 meeting.

The staff report on the proposed zoning ordinance amendment is available online here.

Letters can be addressed to: Planning Commission Office, 12000 Government Center Parkway, Suite 330, Fairfax Virginia 22035-0042. Emails can be sent to plancom@fairfaxcounty.gov.