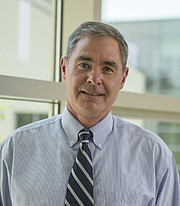 Timothy Jaeger has joined The Potomac School as assistant head of school. He is also serving as interim head of Potomac’s Upper School for the 2016-17 school year. Jaeger’s duties in the Upper School will be a primary focus during his first year as a member of Potomac’s administration. As interim head, he oversees the daily operations of a division that enrolls 459 students in grades 9 through 12, with the goal of providing the best possible educational experience for every student. Before joining Potomac, Jaeger served for 11 years as assistant head of school at Episcopal High School in Alexandria, a boarding school for students in grades 9 through 12. He previously held other leadership positions at Episcopal, including six years as the school’s athletic director. As assistant head of school, Jaeger is also becoming familiar with the curriculum and operations in Potomac’s Lower, Middle, and Intermediate schools, so that he can help to support a variety of K-12 initiatives. Potomac Head of School John Kowalik notes, “Tim Jaeger’s professional skills and personal qualities make him a tremendously effective and well-respected leader. I am thrilled that he has joined us at The Potomac School.” Jaeger holds a B.A. in English from Middlebury College and two master’s degrees – one in sports administration from the University of Massachusetts and a one in private school leadership from Columbia University Teachers College.