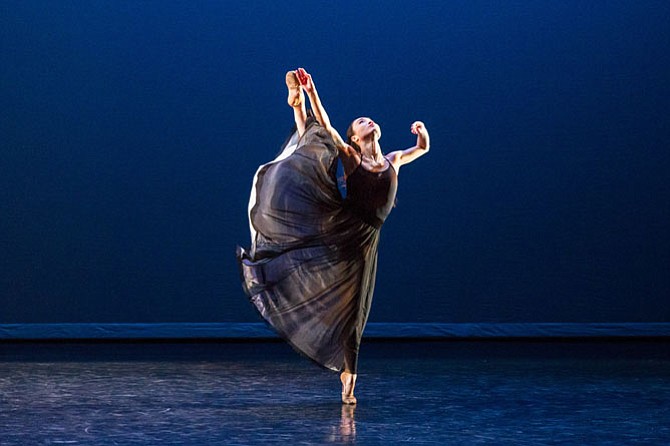 “Martha Graham is perhaps the most important figure in the modern dance world. She created a distinctly American classical dance form,” said Sarah N. Schallern, performing arts director, the Alden at the McLean Community Center. It’s an honor to be able to bring back her iconic company to the local community. It is a too rare opportunity for the public to experience Graham’s art in such an intimate venue” as the Alden. 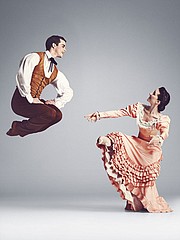 Martha Graham Dance Company has been innovating the world of contemporary dance since 1924. Graham produced some of the greatest masterpieces of American dance known for evoking powerful emotions. One example is her work with Aaron Copeland’s “Appalachian Spring” with conflicts and desires apparent through choreographed movements. Even twenty-five years after she passed away, the Martha Graham Dance Company remains a national presence and is on regular tours.

“The Alden program will combine original Graham works with a newly commissioned piece,” noted Schellern. The Alden program will include Graham’s “Diversion of Angels,” “Errand into the Maze” and “Dark Meadow Suite” paired with Pontus Lidberg’s “Woodland.” The full evening of dance is also expected to include a newer work titled “Lamentation Variations.” It was commissioned and created by four current choreographers to commemorate the national tragedy of 9/11.

“Alden audiences absolutely adored Martha Graham Dance Company the last time they were here,” said Schallern. “The brilliance of Graham’s work” is something to behold in person.

A talkback with the Martha Graham Dance Company artists will occur after the performance. It will provide patrons the opportunity to ask about the legendary Graham, her long career and the dance works just performed.

When asked about the upcoming 2016-2017 Alden season, Schallern indicated it “was programmed to include Alden favorites that our audiences have asked to have back! Some acts haven’t been here in decades, we’re honoring our patrons’ requests for their return.”

In the next few weeks, the Alden’s new season will also include professional performances for children and families such as the “Grey Seal Puppets” with world folk tales to share as well as well as the “Tap Kids” bringing the sounds of young tap dancers to the McLean.

A wonderful season “of comfort food” is how Schallern described the Alden programming.