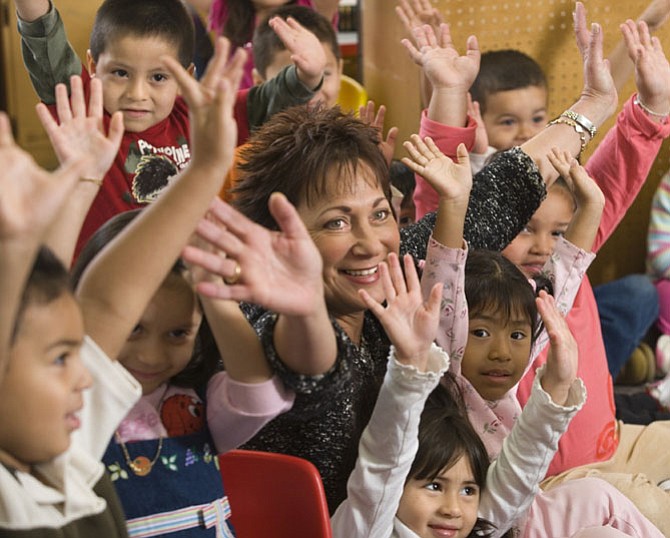 The founder and former executive director of The Child and Family Network Centers (CFNC), Barbara Fox Mason, died on Sunday, Sept. 4, 2016. For 26 years, Mason worked to create programs beyond preschool services for poor and underserved communities in Alexandria and Arlington.

Barbara led CFNC since its beginning in 1984. That year, she joined a group of women living in a housing project in Alexandria, and founded the Alexandria Community Network Preschool (now The Child & Family Network Centers).

From that beginning, she was the driving force behind CFNC’s growth from one preschool serving six children to a comprehensive model program, accredited by the National Association for the Education of Young Children. CFNC now serves 136 disadvantaged children each year – at no cost – who otherwise would be at risk for school failure.

“CFNC exists because of the fierce devotion she had to the children in the community and her desire that they get a strong start,” said current CFNC Executive Director Lissette Bishins. “There is no doubt that she forever changed many lives.”

Throughout her tenure at CFNC, Mason received leadership awards from the Washington Area Women’s Foundation and the Alexandria Commission of Women for “Outstanding Achievement in Public Education.” She was also recognized on two separate occasions by Volvo America: as one of America's top 100 Heroes (out of 4,500 nominees) in 2005 and was one of five heroes selected from Virginia as a semifinalist for the 2007 Volvo for Life Awards.