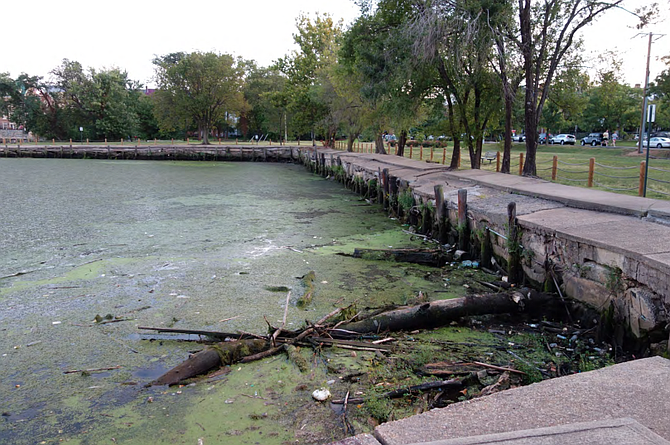 The distant dream of a fully-walkable waterfront in Alexandria is slowly inching closer towards a reality. On April 22, a groundbreaking ceremony will be held for one of the last pieces of that connected waterfront: the Windmill Hill Park Shoreline Restoration Project.

Windmill Hill Park sits near the southern end of Old Town at 501 South Union St. According to Jack Browand, division chief of the Recreation, Parks and Cultural Activities, the aim of the project is to replace the failed bulkhead at the northern end of the park and eroding southern shoreline along the river. As part of the project, the Gibbon Street sewer outfall will also be cleaned and a variety of pedestrian improvements will be made to the nearby street. The current asphalt sidewalk will be replaced with brick. A crosswalk will be added across from the end of the pedestrian tunnel.

The project’s budget is $4.5 million. There will be one year of what Browand called “pure construction” at the site, with completion in March 2018. This will be followed by a year of plant establishment to create a living shoreline. Browand said some subaquatic life is affected by tidal activity and will take up to a year to become fully established at the site.

As construction is ongoing, Browand said some of the pedestrian parts of the trail may be closed.