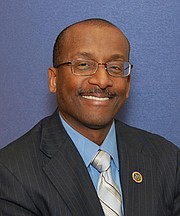 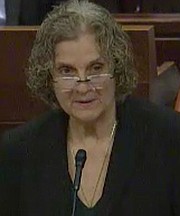 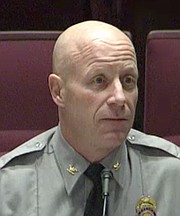 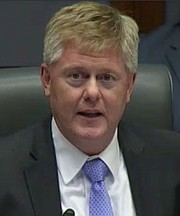 “We see this as a really wonderful opportunity to better connect our officers on the ground and our folks on the street and make sure that everybody has an opportunity to work together and see how that work goes,” said Mount Vernon District Supervisor Dan Storck.

The Ad Hoc Police Practices Review Commission recommended in 2015 that officers be equipped with the cameras, and the Board of Supervisors approved the pilot program at its board meeting on Nov. 21. It will take another few months to get the three-to-six month pilot program up and running.

Braddock District Supervisor John Cook, chairman of the board’s public safety committee, expressed concerns about upcoming constraints on the public safety budget. “We are going to have some tough decisions in public safety and we need good data,” said Cook.

Fairfax County Police Department will partner with American University to initiate an academic study, which could be extended from 90 days to six months.

“Community advocates will be at the table to help us monitor the deployment of the cameras and how the policy is working,” said Col. Edwin C. Roessler Jr., Chief of Police.

“The pilot body worn program is designed to provide the department with the opportunity to review police-community member encounters as they occur, as well as provide an additional degree of safety for our officers as they patrol the streets,” according to the Fairfax County Police Department.

Storck asked if all officers from the Mount Vernon station could use the cameras.

“When it comes to evaluating the impacts of body worn cameras, we are still, as a field, in the early days,” said Brad Bartholomew, professor at American University.

For studies to be effective, “we must ensure that a group of officers receives the camera and another group does not,” he said. “The more you can control, the more you can model, the more believable your results may be.”

The study analysis is expected to cover statistics and community member feedback to assess the impacts prior to, during and following the pilot program.

“Officers will be expected to activate the camera during any law enforcement-public encounter related to a call for service, law enforcement action, subject stop, traffic stop, search or police service,” according to the police department.

Police and a variety of civic groups worked together on a proposed pilot body-worn camera policy to address personal privacy rights, transparency and accountability in police-community member contacts. The policy can be modified as needed based on the pilot.

The Board of Supervisors and School Board adopted a joint social and racial equity policy called One Fairfax.

“I dare say we’ve spent thousands of hours on this policy and I think it’s reached a point when it is time to approve it,” said Lee District Supervisor Jeff McKay, adding that he judges this his most important action in the 10 years he has served on the board.

“This goes across all that we do,” said Hunter Mill District Supervisor Cathy Hudgins.

The policy identifies 17 areas of focus including housing, education, community and economic development, environment and transportation.

Springfield District Supervisor Pat Herrity had concerns how to measure the efforts or define success.

“From the very beginning of this policy discussion, I've asked several simple questions that I haven’t been able to receive an answer for,” Herrity said. “I support every one of our residents having equal opportunities to succeed and I believe our county and staff are committed to that as am I. But I can’t support a new government bureaucracy for a problem that no one can quantify and for which there are too few definitions or measures of success or impact.”

Read the resolution at www.fairfaxcounty.gov/news/2016/one-fairfax-resolution.pdf.

While addressing deer management and a lack of predators in Fairfax County, Stella Koch said, “They’ve changed the ecology in Yellowstone [National Park], but I don’t think that it is an option here.”

The Environment Quality Advisory Council advocates for a full-time wildlife specialist position in Fairfax County to support the deer management program as well as the Canada Geese Management Program.

“That position has been needed for a long time,” said Koch. “We have one person doing a significant amount of yeoman’s work.”

On Nov. 21, Koch presented the environmental quality annual report, highlighting major priorities for 2018, including the need to conduct a countywide survey on the public’s view of the “cultural carrying capacity, how people are thinking about deer in this county.”

The advisory council also says the Board of Supervisors needs to update its 2003 Outdoor Lighting Ordinance and needs to implement a lighting work group. “Since 2003 there have been a lot of changes in technology and also an increase in density in this county,” said Koch.

“The increasing density of development in Fairfax County will invariably lead to more instances of ‘light trespass,’ where lights on one property affect another property,” according to the environmental report.

Koch also advocated for increasing the Stormwater Service District rate by one-quarter penny, from a rate of 3 cents per $100 assessed real estate value to 3.25 cents per $100.

“As you know, there is an endless backlog of infrastructure that needs replacements,” she said. “We’re making great progress and it’s slow and steady, but we definitely need more funding.”

“I use this as a model for how we can track major issues,” said Bulova, praising the structure and quality of the EQAC report.

“When you open the annual report, the first thing [you see] is the recommendations. We think that is important, it is what this annual report basically drives us toward,” said Koch.

Other priorities include funding of $263,000 required for the Fairfax County Park Authority’s natural resource mapping efforts and additional technology.

The public will have an opportunity to give both EQAC and the Board of Supervisors feedback in a public hearing scheduled for Jan. 10, 2018 at 7:30 p.m. at the Fairfax County Government Center, 12000 Government Center Parkway.

To read the report, see www.fairfaxcounty.gov/dpz/eqac/report2017/.

“I believe this is the fifth county executive for me and the fourth search,” said Gross.

Hill, currently the James City County, Va. administrator and clerk to its Board of Supervisors, will replace Fairfax County Executive Edward L. Long, who retired in September.

“While [James City County] is a smaller jurisdiction, many of the issues are the same,” said Bulova. “We are very, very excited to welcome Bryan Hill to Team Fairfax.”

Hill has been the James City County administrator since 2014, and previously served seven years as the deputy county administrator with Beaufort County, S.C. Previously, he was the vice chancellor for Finance and Operations at the University of South Carolina's Beaufort/Bluffton Campus and was director of finance for the University of Maryland’s Office of Information and Technology.

Bulova thanked Kirk Kincannon, who was the acting county executive since Long’s retirement in September.

The county extended its first lease through the Resident Curator program to a Coast Guard officer.

The county’s Resident Curator Program is designed to preserve historic properties by offering long-term leases to qualified tenants who will rehabilitate and maintain the historic houses. A curator can be a private citizen, a nonprofit entity, or a for-profit entity, according to county documents.

“It is really a wonderful opportunity and a great pleasure to be the first of what I think will be a number of properties in Fairfax County ...” said Storck, “to bring back to life housing which is old and historic and meaningful to all of us.”

The Board of Supervisors approved the lease of the historic Stempson House at 7520 Furnace Road in Lorton to Steven J. McCullough for eight years and eight months to renovate the historic home.

“This is the first time we are doing this, you are our first tenant,” said Bulova to McCullough.

The Stempson House gets its historic significance from its association with the Occoquan Workhouse and Reformatory and the Women’s Suffrage movement of the early 1900s, according to Resident Curator Program documents.

Other applications are pending for the Turner Farm House, 10609 Georgetown Pike, in Great Falls and the Ellmore Farmhouse on West Ox Road in Herndon. The county intends to continue its programs at the Ash Grove in Tysons, Lahey Lost Valley in Vienna, and Hannah P. Clark (Enyedi) House in Lorton.