The Trade-Off in Arlington
Votes

The Trade-Off in Arlington 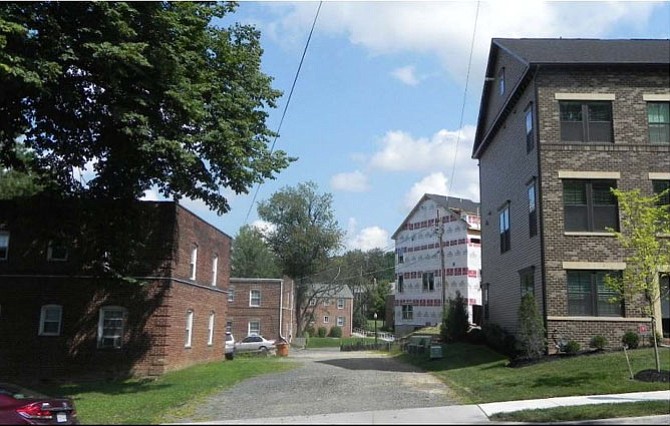 “No outreach was done to building owners, who are the very stakeholders and critical component, whose cooperation and buy-in we need to fulfill this process. People have said there’s an opportunity cost to waiting, but I think there’s also an opportunity cost to short-circuiting our community process.” — County Board Member John Vihstadt

“Functionally, what [delay] would achieve is the displacement of people areas that we desire to be multi-family while changing the use. That’s something that I cannot accept..” — County Board Member Christian Dorsey

The immediate impact of the Housing Conservation District would be that townhouses within the boundaries that could previously be redeveloped by-right would now come under public review and require county approval.

According to county staff, the plans were were still at a conceptual level before final recommendations for boundaries were made public at a Nov. 9 meeting. While some civic associations had been contacted, staff said there was no direct outreach to individual building owners. Many of those who attended the meeting said they’d only found out about the proposal from local media outlets.

“I care deeply about these issues and try to keep up with them,” said Stefanie Pryor, an Arlington resident. “This is being shoved through without education, without public view and details.”

Even among those speaking in support of the Housing Conservation District there were concerns about the public engagement. Nancy Iacomini, speaking for the Planning Commission, said that the plan was approved there with some reluctance and one motion by the commission’s chair to defer.

“Many commissioners expressed unease; great unease,” said Iacomini. “Each process has its own character. All have public engagement. Here, though ongoing, [the public engagement] has seemingly not been as thorough as other processes.”

Michelle Winters from the Alliance for Housing Solutions spoke in support of the district, but like Iacomini, had misgivings. Winters called the district one of the most significant and productive moves towards fulfilling the goals of the Affordable Housing Master Plan. Despite sharing unease about the public process, Winters also warned that if the district weren’t approved that day, owners of townhomes that would fall under the redevelopment restrictions would be incentivized to demolish and redevelop the townhomes while they could pending the Housing Conservation District approval.

“I’m very concerned about the lack of community input in creating these borders,” said Winters. “In an ideal situation, carrots and sticks are considered simultaneously. If not approved, we may see an acceleration in demolitions in an effort to precede approval.”

Following the concerns about public engagement expressed by local citizens, County Board member John Vihstadt put forward a motion to defer the vote.

But between losing public faith in the county’s community engagement and the prospect of losing more market-rate affordable housing to redevelopment, other County Board members said there was no choice. Vihstadt’s deferral motion was voted down by the rest of the board.

“Functionally, what [delay] would achieve is the displacement of people areas that we desire to be multi-family while changing the use,” said County Board Member Christian Dorsey. “That’s something that I cannot accept. If I have to consider the trade-off of a use being permitted no longer by right but by exception versus continuing, or perhaps accelerating, the market incentive to get people evicted from their homes to create a function incompatible with our other plans and visions, that’s the decision I’m going to have to make. That’s the tradeoff that I see. I think this is one where, left with no perfect option, this is the best one available to us.”

The Housing Conservation District was approved four to one, with Vihstadt opposing.