School Board approves redistricting plan 9a. 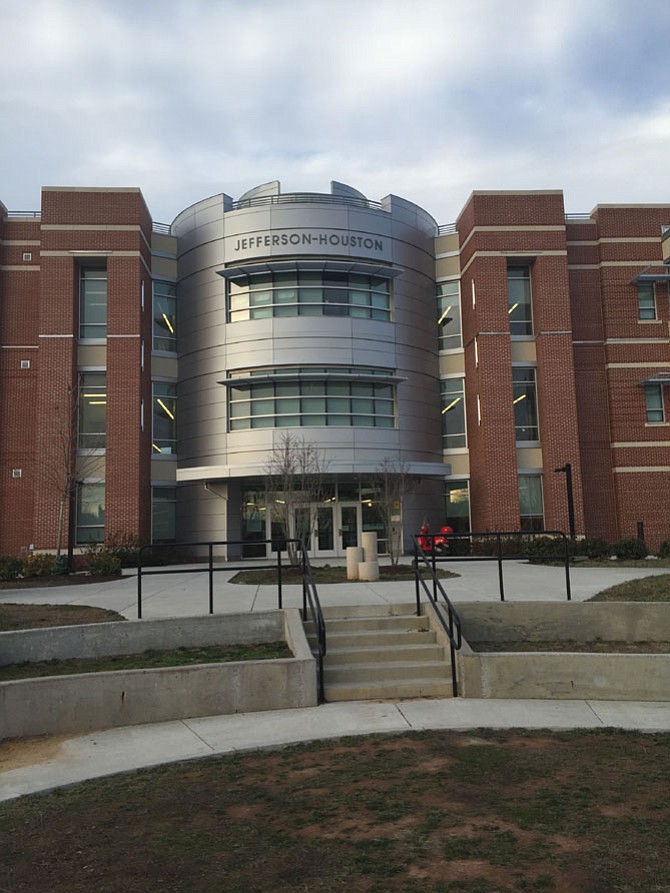 Alexandria — For the first time since 1999, the Alexandria Elementary School boundaries

are shifting. At the Jan 26 School Board meeting, staff recommended plan 9a, a plan that will shift the elementary schools of 474 students. Amendments and alterations to the plan were proposed during the meeting by board members, but were ultimately voted down in favor maintaining the boundaries that had been established through the public process. The board voted 8 to 1 in favor of the new elementary school redistricting.

Data from ACPS shows white students districted for Jefferson-Houston are less likely to enroll in the school than black students.

“My impression of ACPS admin process is that the squeaky wheel or well placed individuals can get that transfer,” said Deirdre Brou. “It undermines efforts you are undertaking in redistricting. It has to end if we hope to make change in Jefferson-Houston. There’s been considerable progress [for the school]. While I believe test scores don’t reflect on school, school scores have improved and will improve this year. My child is learning, is reading above grade level and loves the kids he goes to school with. If you send your kids to Jefferson-Houston, you’re going to get a great education.”

Other parents agreed, saying that the school has bloomed in recent years despite being unaccredited.

“Jefferson-Houston is a great school,” said Benjamin Kennedy. “I have a kindergartner there and two more on the way. What you see in [the redistricting plan] is good, but we need to pull out all the stops because there’s a lot coming down the road. You have got to motivate other parents to [take their children] to Jefferson-Houston.”

Kennedy encouraged the School Board to add several blocks of housing near the Braddock Road Metro with a higher socioeconomic status than much of the neighborhood around Jefferson-Houston.

“It may not seem like a lot, but it could be just enough to turn the tide,” said Kennedy. “Add a few more [homes] and you get close to a school that’s accredited. We have got to get this school accredited, but we’ve got changes in national policy making that could put school choice on the table. If we boot this down the road, we’ll get school vouchers and we’ll be doing this again. We can’t have that. It would crush Jefferson-Houston.”

During the voting process, an amendment called Query B that would have shifted Jefferson-Houston’s boundaries, failed on a 3 to 6 vote.

The other item of concern raised by parents at the meeting was the redistricting of Planning Block 22 away from Samuel Tucker Elementary. Al Luna, president of the Tucker Elementary PTA, noted that much of Block 22 is literally within eyesight of the school and many of the children living there play at the school playground.

“They live and play there, but will be bused to another school,” said Luna. “Busing them is contrary to the criteria you hoped to accomplish. When you vote on 9a, think of the negative repercussions.”

School Board Member Christopher Lewis proposed shifting Block 22 back to Tucker Elementary, but most on the board favored keeping the boundaries intact.

“My heart goes out to folks for whom this isn’t going to turn out the way they want for their kids, but we did the best we could,” said School Board Member Margaret Lorber.

Other criticism of the plan came from its central criteria of prioritizing walkability for students. While supporting the plan, School Board Member Veronica Nolan said, “Often times, saying you want a neighborhood school or a walkable school is a term used by people to segregate schools,” drawing cheers from the room. “[Former U.S. Secretary of Education] John King noted that his number one concern is the segregation of schools; that people use walkability and neighborhood schools to create those circumstances. There is more danger of segregating schools today than when Brown v Board was implemented. It would be disingenuous to say our number one concern is walkability and neighborhood schools when I know what those words are code for.”

Lewis said he was aware of the controversy over neighborhood schools as code for segregation and said he preferred the term proximity.

“We’ve always used some semblance of proximity or closest school [as our criteria],” said Lewis. “I don’t think it’s loaded in this case because clearly we’re in a city that respects diversity. We have a strategic plan that focuses on serving every student. I don’t think we’re coming close to the dangers Ms. Nolan was referencing.”

The new boundaries will be implemented for the 2018-2019 school year. A timeline for the transition process, including open houses at each school and opportunities for parents and students to meet faculty and staff at the new schools, will be announced within the next few weeks.