‘The Cast Fills This Story with Magic’
Votes

‘The Cast Fills This Story with Magic’ 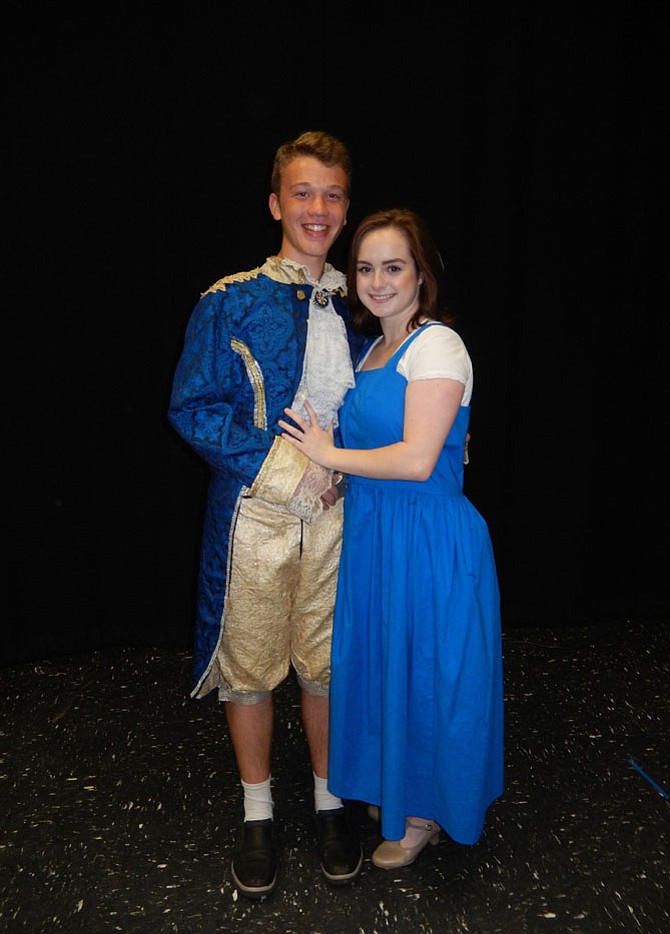 John Henry Stamper and Molly Van Trees are the leads in “Beauty and the Beast.” Photo by Bonnie Hobbs. 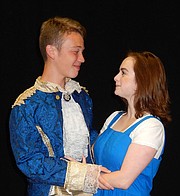 A timeless classic, “Beauty and the Beast” is always a hit with audiences. So it’s no wonder then that Westfield Summer Stage has chosen it as its upcoming musical.

Featuring a cast and crew of nearly 60, it’ll be presented at Westfield High, Friday-Saturday, July 21-22 and July 28-29, at 7 p.m., with matinees Sunday, July 23, and Saturday, July 29, at 2 p.m. Tickets are $12 at www.westfieldtheatreboosters.com and $15 at the door; all seats are reserved. In addition, a children’s tea with Belle and her friends will be offered July 22 at noon.

“The actors are all really talented kids who bring a lot to the table,” said Director Rachel Harrington. “I’m especially excited about the big dance numbers and all the great singing and energy they provide. This show also has a lot of humor, and the cast makes it particularly funny. I find myself laughing at parts I didn’t realize were funny before.”

Calling this show wonderful for all ages, she said, “It’s a great musical with lots of memorable songs and dances, colorful sets and costumes, plus enthusiastic actors. The cast fills this story with magic.” The characters will wear the traditions costumes from the movies, and the scenes will take place inside the Beast’s castle and in Belle’s village. “We’ve really tried, in all aspects of the set, to stick to the original, French architecture and design of the [1800s] time period,” said Harrington. “And it has a lot of Disney whimsy, as well.”

Portraying the beast is Westfield sophomore John Henry Stamper. “He’s very angry at himself and his situation,” said Stamper. “Although he’s still human inside, he’s been turned into a beast because he was mean as a young prince. So he’s given up on just about everything, including love. But his servants try to help him find that spark of hope that he could become human again.”

Stamper said the Beast is also “emotionally and physically closed off. He conceals himself in the west wing – the forbidden part of the castle. He hides in the shadows because he’s ashamed of himself, what he looks like and his decisions.”

The Beast is a challenging character to play, said Stamper, because he undergoes such an emotional and physical change by the story’s end, after Belle helps him open up his heart. “He’s also a different type of male protagonist – not the happy, good guy,” said Stamper. “So my intention is to have people rooting for him because they want him to not be a beast anymore. He even sings a song about how he screwed up and wishes he could change.”

His favorite song is “Something There,” sung by Belle, the Beast, Cogsworth, Lumiere and Mrs. Potts. “It’s where the Beast and Belle are developing feelings for each other and falling in love,” said Stamper. “And the others are regaining hope that the spell will eventually be lifted and they can be human again.”

He said the audience will really like the set, the “phenomenal pit orchestra and fantastic choreography. “Everyone loves this classic story,” said Stamper. “And everyone in the ensemble is so high-energy and is having such a great time, that the audience will, too.”

Westfield senior Molly Van Trees is playing Belle. “She’s very intelligent and kind, but also strong-willed,” said Van Trees. “She’s different from other girls in her town because she doesn’t like Gaston and is her own person. She also has beautiful songs, and the rest of the cast is so talented and fun to work with that it makes playing her a joy.”

For Van Trees, it’s also a dream come true. “When I was little, Belle was my favorite princess in my favorite movie, and I related to her because I read all the time, too,” she said. “It’s a beautiful story and I’m very excited that we get to do it.”

She especially likes the show’s opening number, “Belle,” which she starts singing alone and is then joined by other cast members, as the whole town comes to life. “It’s busy and fun and highlights the ensemble and their characters,” she said. “And it’s a cool song to listen to and watch.”

Van Trees said “Beauty and the Beast” is such an “iconic show that people will be excited to see it. They’ll also enjoy the way Mrs. Harrington is directing it and we’re interpreting it.”

Portraying Lumiere, the servant who’s turned into a candelabra, is Harry Schlatter. “He’s this suave, French, ladies’ man — always trying to make mischief or something exciting happen,” said Schlatter. “Sometimes, he does it just to annoy Cogsworth, the head of the household/clock. But he also does it in his own interests because he likes Babette, the maid/feather duster. He’s bright, cheery and always wants to invite guests into the castle.”

Schlatter’s having fun playing Lumiere because it’s such a comedic role. “He’s always trying to be charming and get the girl, and I really like speaking in a French accent,” said Schlatter. “My favorite song is ‘Human Again.’ Lumiere and the other servants sing it together, reminiscing about what they’ll do when they become human again. It changes moods and is challenging to sing, and I like how the tune flows and thoroughly describes how great it’ll be to become human once more.”

He said the audience will find many things to love about this show. “The set’s going to be huge and awesome; our Belle, Beast and Gaston [Chantilly High grad Adam LeKang] are extremely talented and all the actors have been working really hard to bring their characters to life,” said Schlatter. “And our choreography encapsulates the message of each scene and song.”

Westfield sophomore Lauren LeVine plays the head of the kitchen/teapot, Mrs. Potts. “She’s kind of the mother of the castle,” said LeVine. “She can be stern, but has a soft side and gives the others advice. She’s really nice and is a good mother to her son, Chip. She also tells the Beast to act like a gentleman and be nice to Belle. She does that because she wants the spell lifted, but also because she’s wise and knows it’s not that easy for people to fall in love.”

Enjoying her role, LeVine said, “I have quite a few lines and songs. I like talking with a British accent and I’ve enjoyed meeting all the other cast members. As a teapot, one of my arms is up and I can’t move it, so it’s been challenging learning the dances. But it’s also been fun.” She especially likes the number, “Be Our Guest,” because “Everyone’s in it and wears elaborate costumes. And it’s choreographed really well and is a song most people know the words to already.”

As for the audience, said LeVine, “They’ll enjoy that this is a family show; even teens and adults will like seeing something they’ve grown up with. They’ll also like our spins on the characters and the jokes we put in with our mannerisms. Everyone has a lot of energy and we all work together really well.”