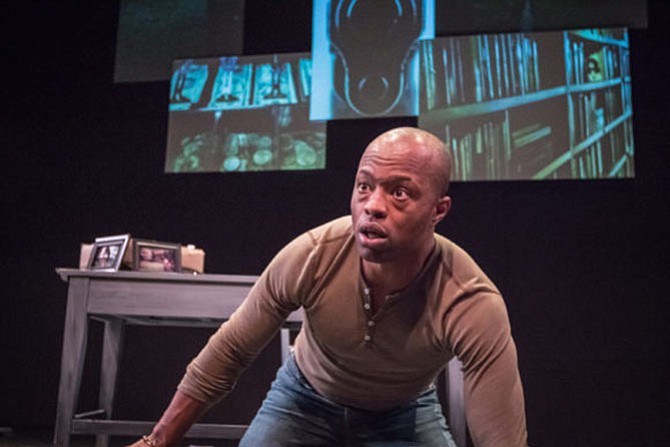 Stage in Tysons. Featuring some of the nation’s most celebrated solo performing artists, The Logan Festival of Solo Performance at 1st Stage is the first of its kind in the region. The Festival will run for two-weeks of performances, workshops, discussions, and events.

“Although solo shows pop up from time to time in theater seasons in the D.C. area there is no festival that is bringing the country's great solo performers to the area,” said Levy. “I really wanted to share with our audience how beautiful the work being done around the country is.

“I wanted to be able to share the great work happening around the country with our region,“ added Levy. “I hope our audiences come and see all of the different ways the solo performer art form can be used. It is powerful and intimate theater.”

The Festival will include three multi-performance solo shows. They are “Hick: A Love Story,” “Empanada for a Dream,” and “The Gun Show.” Each of the three productions runs approximately 90 minutes with no intermission.

Juan Francisco Villa in “Empanada for a Dream” at the solo NOVA Arts Festival, New York, N.Y. in 2012.

“Hick: A Love Story” is by Terry Baum and Pat Bond and directed by Carolyn Myers. A one-woman show, featuring Terry Baum, the show based on Eleanor Roosevelt’s letters to pioneer journalist Lorena Hickok exploring the romantic relationship between the two women.

“Empanada for a Dream” is written by and features Juan Francisco Villa. It is a portrait of family and neighborhood set against a dark secret that destroys it all. It’s about growing up by getting out, then returning home.

“The Gun Show” by E.M. Lewis and directed by Shawn Lee, features Vin Shambry. The performance draws on the playwright’s personal history with firearms. It examines the gun control debate including how a diverse nation searches for mutual understanding.

1st Stage aims to be a cultural hub for the community reaching beyond theatrical productions to host professional musicians, orchestras and visual artists. The theater company has received not only Washington area Helen Hayes Awards, but an American Theatre Wing National Theatre Company Award as well.

“Each of the shows in The Logan Festival of Solo Performance is compelling and theatrical and powerful. All approach the art form in completely different ways,” said Levy.