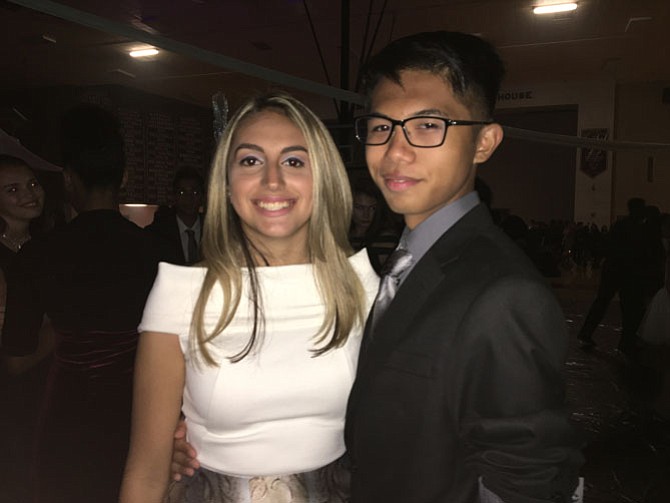 With instruments in hand, Joshua Meñez and Vanessa Espinoza were walking on Gibbs Street to band practice at Mount Vernon High School in late October, when an overly-excited dog sprinted towards the two, and dragged the owner to the pavement.

Joshua and Vanessa could see that the owner was hurt, so they rushed over to provide assistance. The dog owner was bleeding from a cut on her head and was unresponsive, so the two decided to call 911. They checked her pulse and breathing while keeping the dog under control.

Joshua and Vanessa stayed with the woman until an ambulance arrived. She was taken to Inova Fairfax Hospital where she spent two days in the intensive care unit.

Joshua and Vanessa spoke with a family member a week after the accident, and the family member told them the woman was better and recovering from her injuries.

“We don't often read uplifting stories about our neighbors and I would like to recognize and commend these two high school students,” said Stasia Rhoads, a neighbor and friend of the dog owner.