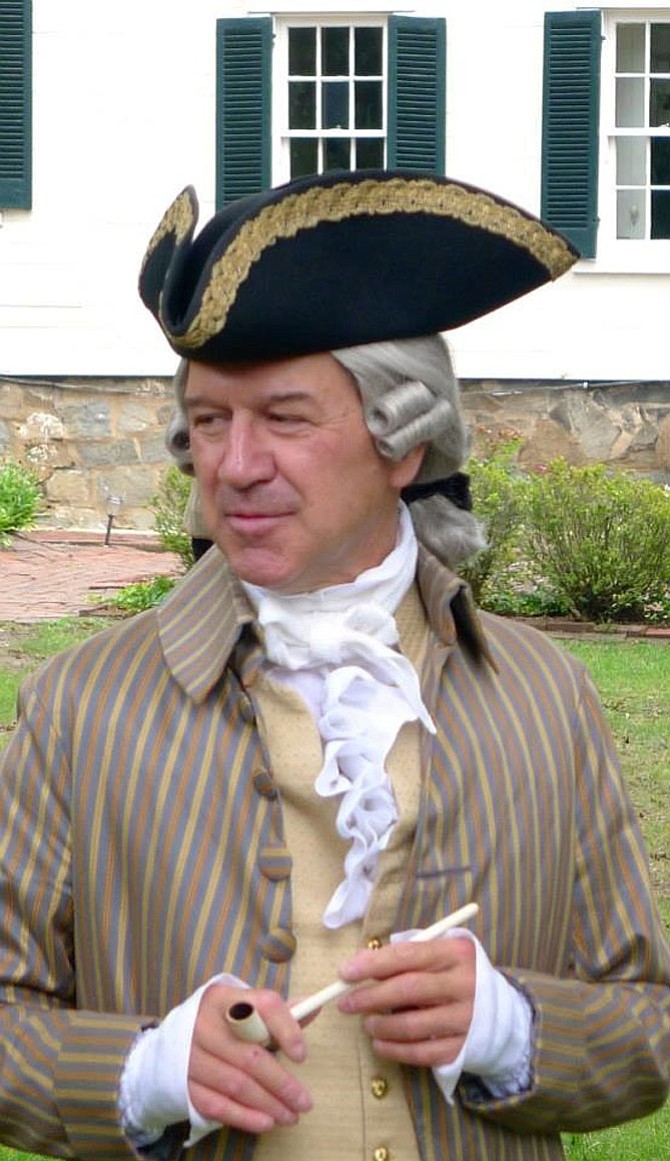 Chuck Aldrich as Richard Conway, 1740-1806, an Alexandria gentleman, merchant and politician, as well as a Revolutionary War captain and friend of George Washington.

Chuck Aldrich, a colonial re-enactor portraying Richard Conway, merchant and friend of George Washington, will explain how he and fellow Alexandrians saw the events that unfolded in Philadelphia.

To commemorate the Constitution, students from four city public schools will sing the “Preamble” and “The Bill of Rights RAP.” The music was composed by Debra Lindsay, music teacher at Samuel W. Tucker Elementary School.