Commentary: Until What Affects Them Affects You
Votes

Commentary: Until What Affects Them Affects You 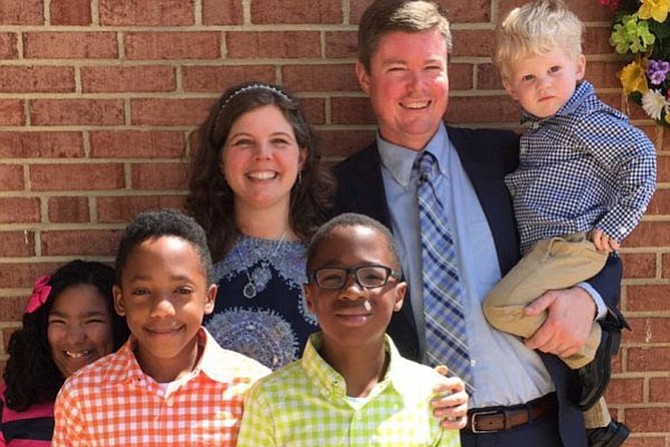 Chris Davis is the senior pastor of Groveton Baptist Church in Alexandria. Chris and Rachael have four children by adoption and by birth. They live in the Kirkside neighborhood.

I wasn’t alive in 1962 for the Cuban missile crisis. The only part of the Cold War I lived through was too consumed with Knight Rider and G.I. Joe’s for me to absorb any of the concerns over Soviet Union nukes. But I think it’s fair to say that the Cold War created an ambient terror in America. A low-grade, incessant concern hung in the air that something radically life-altering could happen at any time.

Imagine a social experiment where 62 percent of the nation were rendered incapable of feeling the dread that accompanied the possibility of nuclear attack. Consequently, they do not understand the fallout shelters, the embargoes, the international grandstanding. They don’t taste the fear, so the actions smack of hysteria. Imagine the challenge the 62 percent and the 38 percent would have in engaging in meaningful conversations about foreign policy when a minority lives with ambient terror and the majority does not.

I believe this is why conversations about race are so difficult in America. The only reason I feel qualified to say this is because I have both the 62 percent and the 38 percent in the same head.

I have always been part of the 62 percent of whites in America. While I have observed, studied, and conversed at length about race in America, I have never been on the wrong end of racism. I have never been inexplicably pulled over by the police, watched nervously in a convenience store, met with surprise after speaking something intelligent, or asked to give my ethnic group’s position on a social or political matter (all experiences black friends have relayed).

But for the past 11 years, as a parent of Sophia, Stephan, and Marcus, I have slowly begun to experience hints of ambient racial terror. The history from slavery to sharecropping to Jim Crow to lynchings to redlining to the Southern strategy to mass incarceration has made the epic, 18-inch journey from my head to my heart.

So when I see the photo of black boys imprisoned to do labor following emancipation, I can’t help but see my sons. When the news tells me of black young men shot by the police, I don’t immediately think in rational terms about all sides of the argument. Rather, I feel my role to ensure that my boys survive. When I hear statistics related to the disproportionate imprisonment of black men, the cortisol starts pumping through my brain. When I discipline one of my boys for expressing his anger with his hands rather than his words, with a mixture of tears and fear I say, “You can’t act that way in this country or you’ll end up in prison or dead.”

This is ambient racial terror — like the heightened vigilance a parent has when her child toddles around a yard with an unfenced pool. It’s not always on. I have the privilege of being a white, upper-middle class, educated male who lives in a progressive county. That provides many layers of protection for my black children, so it’s not 24/7. But it is very real.

In light of this, I’m asking my fellow 62-percenters to hear me out about President Trump’s response to the white supremacist rallies in Charlottesville.

White supremacists invented racial terror in America. Whether the slave master’s whip or the lynching mob’s knives and noose, white supremacists have used implements of terror to assert superiority since this American experiment began (see also, our treatment of Native Americans). So when I look at a collection of white men gathered in Charlottesville to assert the same supremacy that led to 4,000 lynchings, to a separate and unequal society, I am looking at terrorists who want to do my children harm — if not physical, then economic and social.

Yet these are fringe players, right? Lunatics. Clowns. If we can all agree that this is terrorism and terrorism is bad, we can all fight together.

But our president would not say this. Most of us have become acclimated to his rhetorical overstatement when it comes to terrorism and threats. Just days before the rallies in Charlottesville President Trump said America would meet North Korea’s nuclear saber-rattling “with fire and fury like the world has never seen.” He did not equivocate. He did not qualify that some North Koreans are very fine people. He has never conveyed nuance when describing ISIS, distinguishing the well-intentioned from the bad apples. He has communicated all-out, full-throated, unequivocal opposition to threats of terror.

So when President Trump suddenly became qualified and nuanced about those standing with white supremacists in Charlottesville, it was a sucker-punch to this father’s gut. I’m not disagreeing with his logic. Maybe there were well-intentioned people who have concerns about erasing history. Maybe there were violent, ill-intentioned people in the counter-protest. Maybe his renunciation of racial hate groups was sincere. But I’m not here to argue technicalities with my fellow 62-percenters. I’m simply here to describe the ambient racial terror that our president just elevated by adopting a tone of qualification and nuance.

Rachael and I have oscillated between feeling hurt and angry about this. We are concerned about what kind of country America is becoming. This is not irrational — we don’t fear white college students with tiki torches storming our house and enslaving our children. But we do worry about what might be happening behind the scenes in the Department of Justice to make America a less just place for our children. We do worry what cabinet members with shady racist histories are doing to the mechanisms of our republic. We do worry about what kind of permission other Americans will feel to express racist sentiments.

But more than anything else, we simply want to be heard. We want our white friends to hear the aching of our hearts. We want you to hear what I can only assume many of our brothers and sisters of color wish their fellow Americans would hear — “We aren’t making this up.” We’re not interested in arguing. Just listen, give us the benefit of the doubt, and then let’s talk about what it looks like to model harmony, mercy, and justice in our land.

And if you do not have any relationships that broaden your experience from the 62 percent, that cause you to feel pain over something that does not directly impact you, take steps to build such relationships. Love people who don’t look like you until what affects them affects you. Then stand with them, whatever the cost. This is the only way we can move forward from events like Charlottesville.