“I have a sense of pride and hopefulness.” 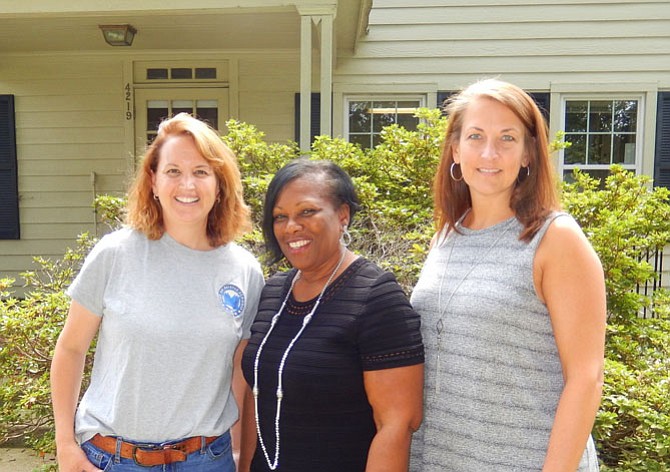 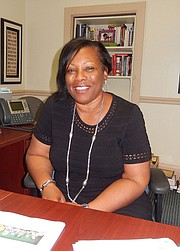 “Here, you’ll see people at school, at a football game and then at local restaurants and businesses, enjoying themselves, laughing together and being part of the Fairfax City family.” — Fairfax City Schools Superintendent Phyllis Pajardo

Born and raised in Newport News, Va., Phyllis Pajardo knew early on she wanted to teach. And that desire to share knowledge eventually led her to a career as a teacher, school administrator and, now, the new superintendent of Fairfax City Schools.

“I had a love of learning and loved books,” she said. “My sisters taught and supported other kids in the neighborhood, and I thought, ‘Oh, that looks like fun.’ I also liked the helping piece – which is a teacher’s role – igniting a passion in a child in something they’re good at and developing it further.”

In middle school, Pajardo tutored younger friends in her neighborhood; and in high school, she mentored elementary-school students. In 1981, she obtained a Bachelor’s in early childhood education from UVA and was hired by FCPS. That fall, she began teaching second grade at Vienna Elementary for two years.

Then came eight years at Lake Anne Elementary teaching second- and third-graders. In the early 1990s, she became a consulting teacher, observing other educators to determine whether they should get merit pay.

“This was a defining role for me because it got me out of my own classroom to see what other teachers were doing and help them grow in their craft,” said Pajardo. “I’d suggest things and recommend books, etc., that could help them, so I read a lot about great instruction in all areas. And I understood that – just like I liked igniting learning in kids – I could do that for teachers. So I decided to pursue my Master’s in education leadership.”

AS A TEACHER, her favorite subject was language arts. “I loved reading, literacy and writing, and seeing the process of kids getting their thoughts down on paper,” she explained. “I’d bring in different authors and genres and find books they liked about their interests. And I was one of the early adopters of integrated language arts, where kids could choose the books they wanted to read – on their level – and figure out how to make it fit with their curriculum.”

Pajardo obtained her Master’s in administration and supervision in 1993, served briefly as acting assistant principal at Virginia Run Elementary and later as assistant principal at Centre Ridge and Brookfield elementaries. She also coordinated elementary-school programs at the Area IV office, planned leadership-development programs for new administrators and became second in charge of the Cluster VIII office, helping select principals and manage community concerns for 28 schools.

And for five years, she was project manager for LEAD Fairfax, examining how leadership impacts student achievement – especially for students in poverty. Meanwhile, she worked on her doctorate in education, obtaining it from UVA in 2009. She also spent five years as Cluster II assistant superintendent.

Pajardo was then promoted to assistant superintendent of human resources and, for four years, dealt with the recruitment, selection, development, evaluation and discipline of all 40,000 FCPS employees. “It was the hardest work I ever did because – when you’re talking about people’s pay, medical benefits and how they do their jobs – it is ripe for interpretation,” she said.

She retired from FCPS after 34 years, coming to the City in August 2015 as assistant superintendent of schools. She coordinated student and staff recognition programs, the release of instructional grants to the four City schools, and a panel letting Lanier Middle and Fairfax High students talk to School Board members about their schools.

“I loved working with [former Superintendent] Peter Noonan, [schools spokeswoman] Carrie Dorsey, [School Board clerk] Susan Wiczalkowski and the City School Board – folks deeply committed to sustaining and enhancing the great work happening in the City schools,” said Pajardo. “And I liked the small-town feel of the City, where people know each other.”

“Here, you’ll see people at school, at a football game and then at local restaurants and businesses, enjoying themselves, laughing together and being part of the Fairfax City family,” she explained. “And in the schools, I see parents who work together. It’s how I grew up – knowing you weren’t alone and people looked after each other’s kids.”

When Noonan said he was leaving, Pajardo applied for his job. “I thought about the work Peter and I had started, bringing advanced academics into the City, bringing Chinese exchange students here, etc.,” she said. “And I wanted to continue those things and lead them to total fruition. For example, we’ll begin community discussions about Lanier becoming an AAP [Advanced Academics Program] center.” Similarly, the student and staff exchange was done on a small scale, but larger exchanges with China are envisioned.

She also has plans for the school buildings. “At Fairfax High, we’d like to fill in the orchestra pit and extend the stage about six feet,” she said. “The actors would be closer to people and, for fashion shows, kids would have a better runway, so it would be more real-world for them.”

PAJARDO HOPES similar improvements in other schools will give students and teachers more opportunities, support instruction and learning, and encourage the community to use the buildings even more. Furthermore, she said, “I want to make sure our principals are exceptional leaders and our teachers are able to innovate and do some things differently – such as more hands-on projects – but that takes time and money. And promoting early childhood education is also a focus.”

Her leadership philosophy is, first, to serve. “The work I do is more about what’s done through me by making it safe for principals to share ideas with me, and me to figure out a way to help them,” she said. “I’m really here to support them.” She’s also pleased that Diego Wilson is her interim assistant, saying, “As a former Fairfax Academy administrator and former Fairfax High and Frost Middle assistant principal, he brings a solid administrative perspective to our team.”

After a nationwide search for the new superintendent, Pajardo learned in late July that she was it. “I screamed with joy,” she said. “I was hopeful and believed I was the best candidate, but you never know. I was over-the-moon ecstatic when School Board Chairman Jon Buttram told me I was a finalist.”

Now, said Pajordo, “I feel highly responsible for the continued success of our students and responsible to the Board members so they’ll know they made a great decision. I also have a sense of pride and hopefulness because this is a great community and I’m thrilled to be the new superintendent.”