‘Soon’ To Be Performed in Silver Spring
Votes

‘Soon’ To Be Performed in Silver Spring 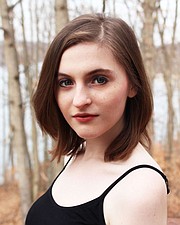 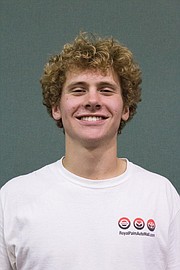 What would you do if all the water in the world was going to evaporate, thus causing a catastrophic end to the world? This is one of several contemporary themes contemplated in “Soon,” a provocative musical opening at the Highwood Theatre in Silver Spring on April 12.

The show teams two highly-acclaimed local artists, working together for the first time. The play’s author/composer is Bethesda’s Nick Blaemire, a writer, performer and recent winner of the 2017 Drama Desk Award for “Outstanding Actor in a Musical” and the director is former Washingtonian, Cate Caplin, a world-renowned dancer, choreographer and director. “Soon” combines comments on the environment with a look at intimate relationships and how they are affected by a chaotic world. The show held its world debut at Arlington’s Signature Theatre in 2015.

“Soon” is Highwood Theatre’s fifth annual Open Source Theatre Project and features two separate casts — one consisting of talented high school students and the other with a professional adult cast. The two casts have been rehearsing together but, in the words of Director Cate Caplin, “The productions are uniquely different interpretations of the same material. Each has a distinctive spin, shading and levity. The story is about trust and embracing the moment — and is told through shifting time sequences that may be the lead’s reality or hallucinations.”

Caplin has a long resume of regional and international dance championships and has directed and choreographed more than 200 productions. The Sidwell Friends’ graduate lives in Los Angeles, but returned to Washington D.C. for two months to direct this play and spend time with family.

“Soon” tells the story of a shy, reclusive 20-something year old woman named Charlie and her goldfish, Herschel, as they confront the imminent end of the world due to the evaporation of all the water on earth. She would rather stay at home than engage — and through the dialogue and music, the audience can feel her doubts, fears and inability to take the risk of leaving her apartment — even for love. Charlie is joined by her gay roommate, her urbane mother, who envisions herself as incredibly cool, and an understanding boyfriend who wants to connect and make the two of them and “us.”

Madison Middleton plays Charlie in the student production. The 18 year old has been performing with Highwood since she was 11 years old. She initially felt frustrated with the part of Charlie because, “we are total opposites — I’m all about taking life and making it what it is. The more I played with her, I found that she is funny, a firecracker and her recluse nature is not who she really is. She can take control and make a life for herself.”

“The most fun thing about being in the play,” said Middleton, “is that Charlie explores every kind of emotion — love, anger, fear, vulnerability. I love the challenge of displaying these emotions — but also of being on stage for the entire play. Working with Cate and Nick has been an incredible experience.”

“The music is fantastic,” said Henry Wiebe, who plays the part of Steve. “The play is a comment on the importance of personal relationships and what we do with the people in our lives. It is a refreshing tale with modern themes about current issues.”

“Soon” will run from Thursday, April 12 through Sunday, April 29 at the Highwood Theatre, 914 Silver Spring Ave., Silver Spring. Performances on Fridays are at 8 p.m., Saturdays at 2 and 8 p.m. and Sundays at 2 and 7 p.m.. Tickets are $22 and can be purchased at www.thehighwoodtheatre.org/tickets.html or through the box office at 301-587-0697. The box office is also open during regular business hours. The schedule of student and adult casts varies every week. Ten dollar student tickets are available on a limited basis.

The Highwood Theatre is a non-profit organization, based in Silver Spring, dedicated to promoting the performing arts through community-produced theatre. Highwood's core value is “anyone can do theatre.” The organization offers a variety of programs for youth and adults interested in all segments of theatrical production. These include summer camps, pit bands, tech crew, adult improv, private lessons and more.