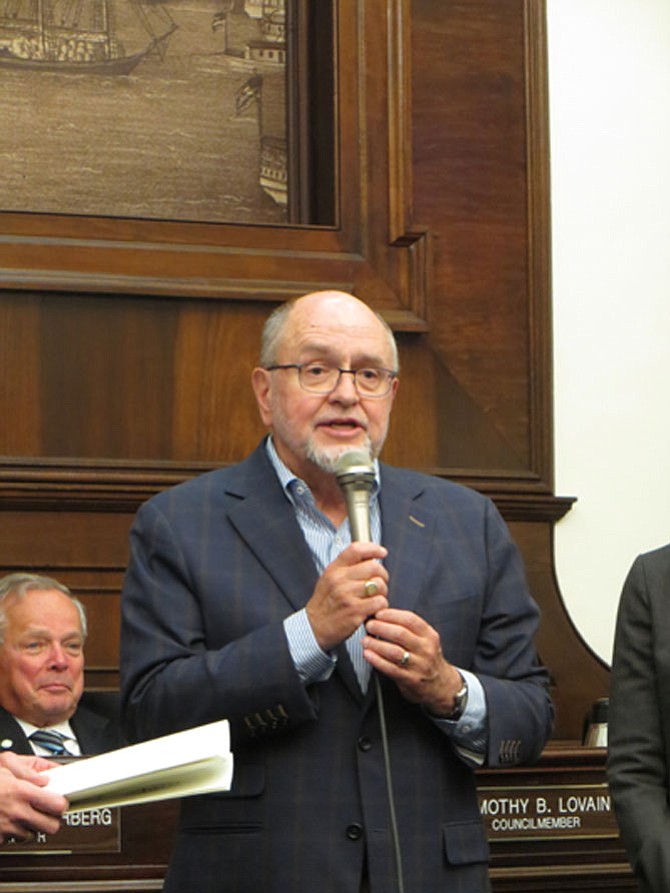 For many in Alexandria, including at least two members of the City Council, John Porter is still Mr. Porter. Porter, an Alexandria Living Legend renowned for his tenure as principal of T.C. Williams High School, then as head of ACT for Alexandria, announced in late 2017 that he would be stepping down as president and CEO of ACT for Alexandria. On April 11, the council celebrated Porter’s retirement with a proclamation.

“This is a small token of all that you’ve done,” said Councilman Willie Bailey, who attended T.C. Williams where Porter was his principal. “Thank you for everything.”

“It is amazing to see someone give back continuously, not just in one position,” said Councilman John Chapman, who also attended T.C. Williams under Porter. “You epitomize servant leadership.”

Councilwoman Redella “Del” Pepper reflected on the day Porter announced that he would be stepping down as principal of T.C. Williams.

“That he even could leave was extraordinary,” said Pepper. “He had a secret for handling children in this age group; he got to know their feelings. He would greet each of the students as they were coming in, and if a student had a sourpuss look, he would call them into his office during the day and talk to them... [The secret is] you don’t just sit in the principal room and wait, you have to go out and reach these children.”

For his part, Porter thanked the council and said that having the opportunity to serve in Alexandria for so many years was his honor.