Helping Children Fighting for their Lives 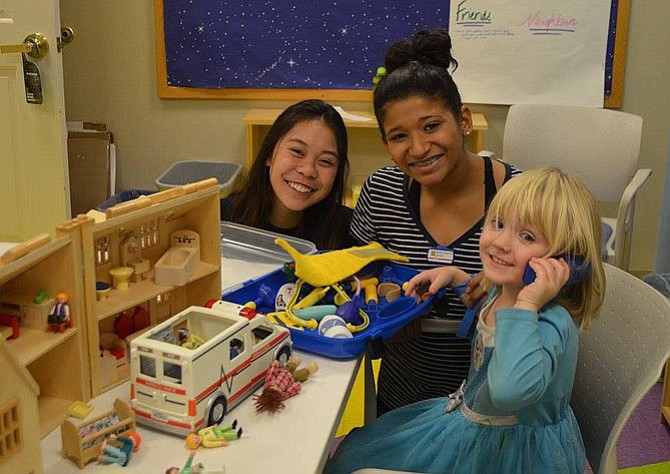 It’s almost time for the second annual Festival to Fight Cancer. Put on by Centreville High’s Wildcats vs. Cancer club, it’s set for Saturday, May 5, and will be a neon, nighttime, glow run. Both the 1-mile fun run/walk and 2-mile race will be held on Centreville’s track at 6001 Union Mill Road in Clifton.

The fun includes a dance party on the infield, DIY glow face-painting, a selfie station with props, vendors, raffle-prize drawings, plus a free pizza dinner and beverages. Participants will also receive commemorative T-shirts, and prizes will be awarded for the best glowing costumes.

There’s free parking by the stadium, and the event will be held, rain or shine. Runner check-in starts at 7 p.m., followed by the dance party at 7:45 p.m. The 1-mile run/walk kicks off at 8 p.m.; after that will be the raffle drawing and 2-mile race. Registration is $20; sign up at https://runsignup.com/Race/VA/Clifton/FestivaltoFightCancer.

Centreville High senior Valerie Nguyen founded the Wildcats vs. Cancer club at her school in October 2015 while her younger sister, Cecilia, was battling the disease. Nguyen had attended a camp for the siblings of cancer patients and was determined to help other families going through the same thing.

That first school year, the club attracted 42 members and did activities and fundraisers to help children fighting cancer. It now has 100 members, 75 active, and continues to make a difference in people’s lives.

“We’ve been really involved with the community,” said Nguyen. “In January, we held a hat drive for pediatric cancer patients at Inova Fairfax Hospital and donated about 100 hats. We also volunteered at the holiday parties that DC Candlelighters puts on for these children and their siblings.”

Lately, though, the club members have been focusing on the upcoming race. Unlike the previous race, this one will be held in May, not June, and will be a nighttime affair, instead of daytime. “The weather’s warming up, so it should be an ideal event,” said Nguyen. “We have a deejay for the dance party on the turf field, the raffle will be held throughout the evening and a pizza dinner from Domino’s is included in the registration price.”

Raffle items include gift cards to several restaurants, including Dickey’s Barbecue Pit and P.F. Chang’s, and to hair salons including Mara Hair Studio. Peterson’s Ice Cream Depot in Clifton is donating a pass for free ice cream for the season, and movie tickets and other entertainment opportunities will be raffled off, as well.

This year, all event proceeds will go to Team Mathias (https://www.teammathias.org/). Nguyen hopes 150 people will sign up to participate; her goal is to raise more than $10,000 for this charity. For more information, contact the race director at wildcatsvscancer@gmail.com.

“We chose Team Mathias because he passed away at the age of 13 due to osteosarcoma [cancer of the bone] – the same type of cancer my sister had,” said Nguyen. “Cecilia was also 13 when she died, so we’re doing this festival in her memory, too. By holding this event, we hope to illuminate Cecilia’s spirit. She may be physically gone, but her bright soul lives within each of us through our actions in honor of her.”

But there’s another reason, as well, and it’s important, too, said Nguyen. “Not only will this make people more aware of childhood cancer, but they’ll realize that this can happen to anyone,” she said. “And for us able-bodied people, it’s our obligation and responsibility to stand up for children and families who are busy fighting for their lives.”