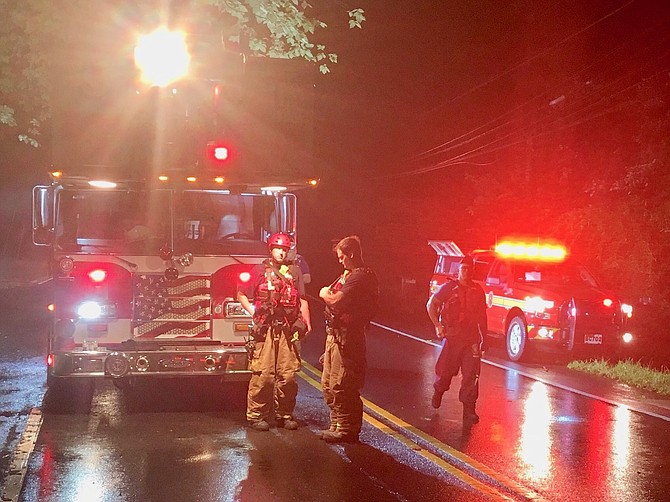 Montgomery County Fire and Rescue responded last Wednesday, Aug. 1, to the report of a vehicle in high water on Bradley Blvd.

“The single worst decision you can make in a flash flood is driving your vehicle into floodwaters of unknown depth,” according to Weather.com website. “It's easy to misjudge the depth of floodwater, particularly at night. Sometimes the bridge or road masked by flood water may have been undermined or completely washed out.”

According to the Federal Emergency Management Agency (FEMA) on weather.com:

As the National Weather Service has campaigned for years: "Turn around, don't drown."