National Night Out Breaks Down Barriers

This year’s event wrestles with thunder and lightning. 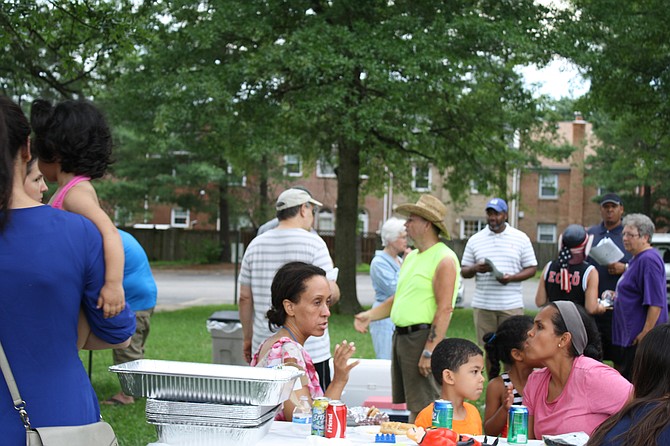 National Night Out in Saratoga Photo by Mike Salmon.

Springfield — McGruff the Crime Dog and several officers showed up at Saratoga pool where the barbecue was cranking and residents were out for National Night Out, 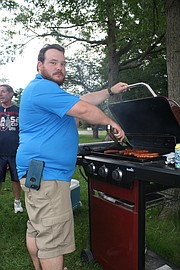 Tuesday, Aug. 7. Patrick Sellers was even sporting an official National Night Out shirt as he manned the grill, but he had a confession. “I ordered it online in 2015,” he said.

The center of the event was a toss up between the pool, McGruff or the hot dogs on the grill, but lifeguard Tristan Chavez noticed the reaction to the canine crime fighter. “The kids were super excited,” he said.

Cathleen Turner, an active civic member, was recruiting for the neighborhood watch too. The Saratoga community has 1270 homes in all total, divided into single family homes, townhouses and apartments, and each has a homeowners association to get things in line. “Three years ago, we started the neighborhood watch, and now there is about 30 members,” she said.

There was spotty thunder, and at one time the pool had to close because of it. The crowd thinned out after a while. “I think that’s what happened, between six and seven it was thundering,” said Marie Robinson.

It began in 1984 when Matt Peskin, founder and executive director of National Association of Town Watch introduced it in Philadelphia, Pa. as a way to break down the boundaries between law enforcement and the community. “Today, 38 million neighbors in 16 thousand communities across the nation take part in National Night Out,” according to the website.

Cathleen Turner and Marie Robinson enjoy the evening with neighbors.