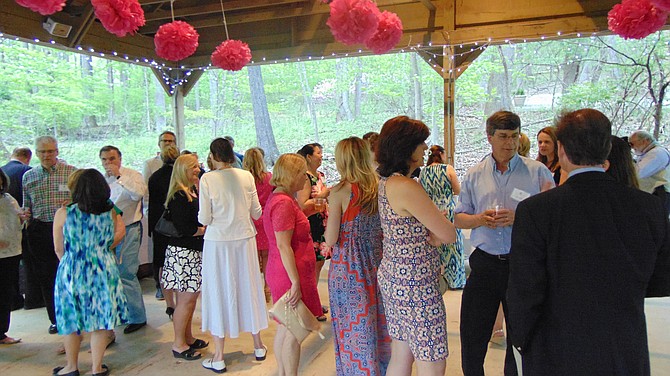 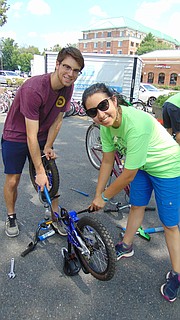 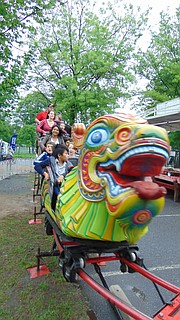 All aboard the Dragon Train Ride during McLean Day 2018 at Lewinsville Park in McLean. 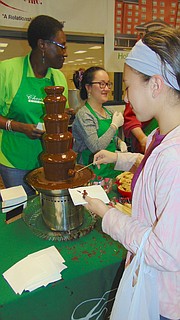 Eva Cardenas, 12, of McLean dips into the chocolate fountain provided by Chesterbrook Residences during the McLean Chocolate Festival at McLean High School in January. 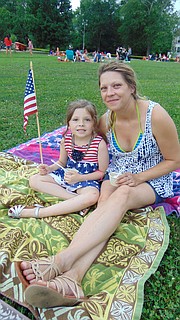 Lucy Danoff with daughter Ellie, 6, of McLean enjoy the Fourth of July festivities at Churchill Road Elementary School in McLean.

McLean is always brimming with lots of fun things to do. For the Fourth of July, close to 4,000 people from the McLean community come out for the annual fireworks held at Churchill Road Elementary School. The event sponsored by the McLean Community Center includes fireworks, food trucks, and a DJ to help celebrate the nation’s birthday.

The annual McLean Chocolate Festival brings out huge crowds at McLean High School in January. With about 20 vendors – and names like Dave’s Candy Kitchen and Mike’s Fudge – the event is a fund-raiser for the Rotary Club of McLean, which then gives to local charities.

The McLean Day Festival held in May at Lewinsville Park is always a blast. Sponsored by the McLean Community Center, the day includes amusement rides, Bubble Ball, a climbing wall, laser tag and Squeals on Wheels Petting Zoo. The festival also includes stages for local entertainment as well.

The Old Firehouse Center’s annual Block Party in August includes a Bands for Bikes (and Bach to Rock) concert featuring stage acts as well as a Wheels to Africa bike collection. There’s also an open house that features a rock wall, surfboard balance obstacle and moon bounce as well as arts and crafts.

Since 1973, the Claude Moore Colonial Farm at Turkey Run in McLean has been a living history 18th century museum that portrays family life on a small, low-income farm just prior to the Revolutionary War. But the U.S. National Park Service wants to close it on Dec. 21, 2018, and now the community – with the backing of the Friends of Claude Moore Colonial Farm – is rallying to try to save it.

The New Dominion Women’s Club, which celebrated its 50th Anniversary last May, is what makes McLean a great place to live. Says State Sen. Barbara Favola (D-31) about the club: “You have been an integral part of making our community livable, making our community more passionate and really helping us build community so everyone feels welcomed, everyone feels part of our neighborhood, a part of the fabric that makes McLean great.”