Sandra Grimes Honored with a Women in History Award
Votes

Sandra Grimes Honored with a Women in History Award 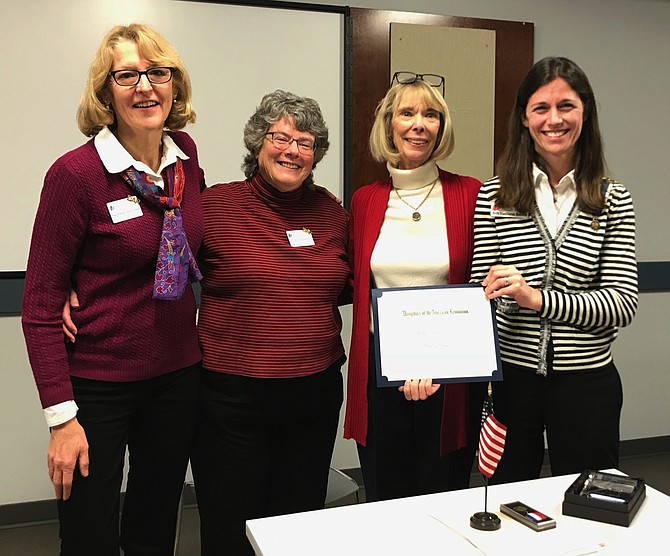 The December meeting of the Freedom Hill Chapter of the Daughters of the American Revolution, a McLean-based chapter, was held on Saturday, Dec. 1, 2018. During the meeting, chapter members and guests enjoyed a talk given by Sandra Grimes about the events leading up to and her personal involvement in the search for a traitor within the CIA, which led to the identification of fellow officer Aldrich (Rick) Ames.

Mrs. Grimes is a retired CIA officer who spent most of her twenty-six-year career working against the former Soviet Union. In the mid-1980s, the CIA experienced significant loss of Soviet human assets. Grimes served on a small team that investigated and uncovered the actions of Aldrich (Rick) Ames, a CIA officer who was subsequently convicted of spying for the Soviet Union and sentenced to life in prison.

Grimes co-authored “Circle of Treason: A CIA Account of Traitor Aldrich Ames and the Men He Betrayed,” (with colleague Jeanne Vertefeuille). The ABC mini-series The Assets is based on the book.