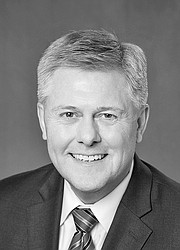 Fairfax County is joining the bipartisan, nationwide movement of Criminal Justice Reform. In 2015 the county introduced its Diversion First program, which provides treatment instead of incarceration for those with mental health challenges or developmental disabilities who come into contact with the criminal justice system for low level offenses. This initiative is just one step in a national movement to make the criminal justice system better serve the American people. Criminal justice reform, broadly speaking, is supported by as diverse range of public officials as U.S. Senators Rand Paul and Kamala Harris. It is well past time for Virginia to dive in as well.

Since ancient times society has recognized five purposes to the criminal justice system. One of these is “deterrence,” which is the effort to persuade an offender or potential offender not to commit a crime. Another purpose is retribution, which is society exacting punishment to make up for the pain or damage caused by the crime. Incapacitation means removing a criminal from the rest of society so he or she cannot commit more crimes. Rehabilitation refers to changing an offender so he or she does not commit more crimes. Restitution is the payment for damage caused by crime. All of these purposes must be present and well represented for a fair and effective criminal justice system.

In the United States, our system has focused on long jail sentences for crimes. Jail serves deterrence, retribution, and incapacitation in cases of violent crime. However, it does not serve rehabilitation or restitution particularly well. And, in the case of mentally ill offenders, jail fails to serve deterrence.

When someone with mental illness engages in crime, it is not due to evil intent, but his or her illness. Retribution does not seem fit for someone who is ill and committing crimes. Incapacitation is accomplished, but what we have done is make our local jails expensive substitutes for psychiatric hospitals.

The expense of jail is no small matter. A year in the Fairfax jail costs the taxpayers about $82,000. A year of residential psychiatric treatment costs about $24,000. One year of outpatient treatment costs about $8,200. When someone with a mental illness, who is often of limited wealth, is arrested, this person often spends up to four months in jail awaiting trial for minor crimes (trespassing, disorderly conduct, petty theft) where the final sentence would generally be far less. Someone with regular income would post bond at $500 cash and spend no more than two or three nights in jail. Altogether the government and taxpayers are spending millions of dollars to hold people in jail before they are even convicted. Is this system really helping anyone?

We have learned in the juvenile justice system that incarceration actually creates criminals out of youth who may be only misdirected or who make stupid mistakes. Twenty years ago, our juvenile detention center held 1,509 youth. In 2017 that number fell to 533, which is a 60 percent decrease. In those two decades we learned a great deal about the benefits of jail alternatives for children. Instead of locking these children up, we are reforming, teaching, and mentoring youth and turning them away from crime. And this prevents future crimes from occurring. The same can be said for non-violent crimes by adults. Simply putting people in jail, where they lose their jobs and family contacts, does not necessarily create better citizens when they are released. In the case of mental illness, jail can actually make things worse. There is a better way.

Criminal Justice Reform is not about “going easy” on criminals. It’s about finding techniques that stop people from continuing to commit crimes. It’s about turning lives around. Oh, and it can save a boatload of money. Violent criminals, murderers, gang members and the like still need long jail sentences. But many other lesser offenders can be turned around into productive, working, self-sufficient citizens. It takes some work, but the payoff is a society with less crime, lower jail costs, and more productive citizens.