Racing Up the Empire State Building 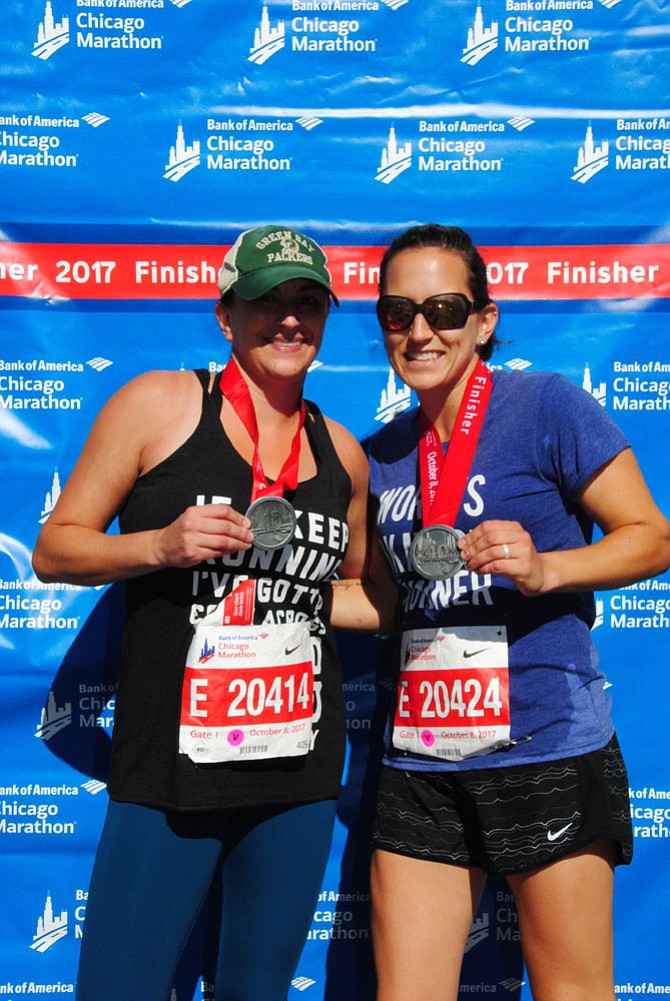 Dawn Tarter and her sister Andrea Reincke are pictured after finishing the Chicago Marathon. Photo contributed 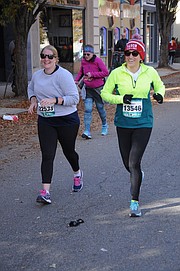 Dawn Tarter (right) runs in the Richmond Half Marathon with her friend Keera Huron.

“I never thought I would want to run a marathon until I entered the Marine Corps Marathon lottery, and that was my first one, in 2013; the second one was in 2015.” — Dawn Tarter of North Springfield

Dawn Tarter, 32, of North Springfield is racing in the 2018 Empire State Building Run-Up on Wednesday, Feb. 7, 2018, in New York City. The home economics teacher at Annandale High School is one of 60 runners selected through an online lottery. The 41st annual tower race is sponsored by Turkish Airlines, which has its headquarters within the Empire State Building.

The race climbs 1,576 steps high or a distance of 1,050 feet (approximately one fifth of a mile vertically). Tarter has been training on a stair machine at her gym, Planet Fitness in Springfield, because she doesn’t have access to stairwells.

“I hope I’m in shape for it,” she said. “I read the best thing to do is run every other step and use your arms to pull yourself up with railings. There’s no kind of training schedule to follow with this.”

As far as nutrition goes, she said, “I feel like I eat fairly healthy normally; I didn’t really change anything besides adding the steps.”

Tarter describes herself not as an elite athlete, but as a “regular person, a hobby runner,” and running is just something that she does for fun. She has completed four marathons (the Chicago Marathon twice and the Marine Corps Marathon twice). She’s also done 11 half-marathons and five triathlons.

“I never thought I would want to run a marathon until I entered the Marine Corps Marathon lottery, and that was my first one, in 2013; the second one was in 2015,” she said.

Other races on her “Bucket List” are to run in the New York City Marathon, but she says it’s nearly impossible to get into. She would also like to run in international marathons in foreign countries, like Greece.

The official charity of the Run-Up is the Challenged Athletes Foundation (CAF). As a leader in helping people with physical challenges lead active and healthy lifestyles, CAF believes that participation in physical activity at any level increases self-esteem, encourages independence and enhances quality of life.

As part of the prize package, the top three male and female winners of this year’s race will each be awarded a business class flight voucher to the Turkish Airlines destination of their choice.

Tarter is also preparing for the Navy-Air Force Half Marathon and 5-Miler, scheduled for Sept. 16, 2018, in Washington, D.C. The distance is 13.1 miles and 5 miles. She is the race ambassador, and if runners register by using the code “DAWN18,” they can get 15 percent off the price. The race start/finish location is the Washington Monument, 2 15th Street, NW, Washington, D.C. 20024. Visit the website at www.navyhalf.com.

Tarter grew up in Berrien Springs, Mich., and majored in psychology at Baylor College. She is married with a few children.