‘Incredibly Early and Unique’ in Alexandria 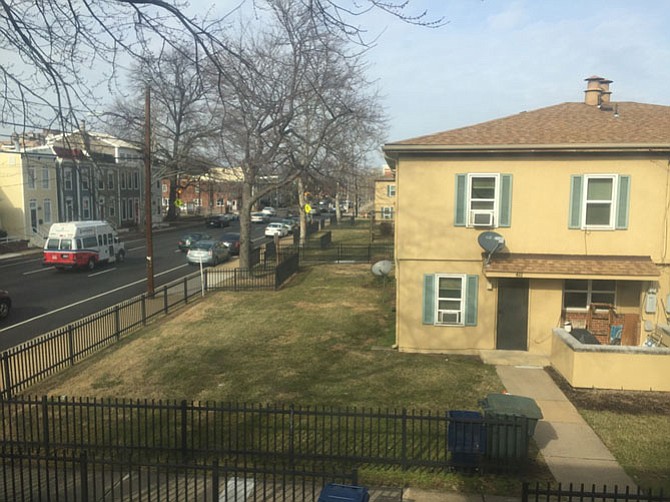 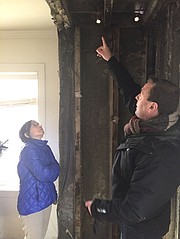 Ramsey Homes weren't much to look at. The four squat buildings with their square design and mustard yellow exteriors were always a hard sell for preservation. But beneath the facade were four structures that were once the state of the art in technology and architecture in Old Town.

In 2016, the City Council approved the demolition of Ramsey Homes to be reconstructed into a four-story, mixed income residential complex. There had been discussion of preserving one of the homes for public display, but eventually it was voted to demolish all four existing homes to gain open space on the site.

On Feb 9, one of the four buildings was opened to the public for one last farewell tour to members of the public. John Dumsick, a structural engineer guiding tours through the home, said the homes were a product of the era they were built in. The United States was heavily involved in manufacturing for World War II even before it formally joined after Pearl Harbor, and steel was in demand. In Alexandria, workers settling in Alexandria to work in military-related jobs needed cheap and quickly built housing large enough to accomodate a family. Ramsey Homes were part of a cutting-edge technological evolution in home design: prefabricated homes. All of the walls and structure of the home were built off-site and carried on trucks into Alexandria, where they were set into place. After experimenting with the idea at a military base in California, Ramsey Homes were the first location for prefabricated public housing in America. While it would come to typify architecture of places like the Soviet Union, prefabricated homes of this type never caught on in the United States. The patent for the design was released in 1939, and the homes were built one year later.

“This was where it was introduced in full scale,” said Dumsick.

Al Cox, historic preservation manager, said among prefabricated homes, wooden designs were more popular because they could be more easily changed and modified. While there have been some external modifications, the concrete core of Ramsey Homes have made most large structural changes impossible.

“They may have been fabricated in Richmond, then trucked up and erected on site,” said Dumsick. “This was experimental housing. They are easily manageable. These were built to be assembled and disassembled.”

Even architecturally, Ramsey Homes were a trendsetter in Alexandria. They were designed by Delos Smith, who was mostly known for his colonial revival style in other parts of Alexandria.

“These were probably some of the first prefabricated concrete dwellings on the East Coast,” said Cox. “These are some of the earliest examples of bauhaus influence in Alexandria. They did water it down a little, but the box design is simple. By architectural standards, these were incredibly early and unique in Alexandria.”

Originally, the buildings were even more square than their current design. Standing outside the homes, Cox pointed towards the angled roofs with some disdain.

“In the ‘40s, those were flat roofs, but they leaked and leaked,” said Cox. “In the ‘70s they added new angled roofs, which they built directly on top of the original flat roofs.”

The angled roofs were added with little concern for the original modernist architectural concept for the buildings, and the added teal shutters and awning compounded insult to injury. After the tours, demolition is scheduled to begin on the homes throughout the remainder of February.

“Underneath these ugly four square homes is the gem of an early modern house,” said Cox. “This is our going away party for Ramsey Homes.”