Opinion: Letter to the Editor: Profit Over Community
Votes

Opinion: Letter to the Editor: Profit Over Community 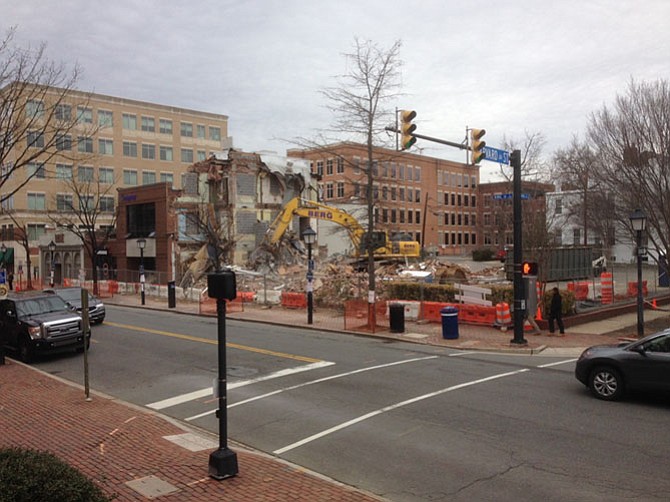 Demolition at the corner of King and Harvard streets.

Demolition of two small buildings and a third three-story beautiful old building has begun to make way for the construction of a six- or seven-story Hyatt hotel with more than 100 rooms. This hotel will make four hotels and one time share within one block.

The City of Alexandria Planning Commission and City Council approved the destruction of the buildings and the construction of a new hotel even after more than 300 nearby residents petitioned against it. The hotel will cover almost one whole block with only the BB&T bank remaining. Planners of the hotel also want to remove four mature trees and widen the sidewalk on Harvard Street, and make Harvard Street a two-way street from King Street to the alley in back of the hotel. Harvard Street is currently only one way. The sidewalk entrance from Harvard Street will be replaced by a brick sidewalk. The construction will cause massive disruption to the area for two years and remove 6 or 7 parking spots along Harvard Street, a residential block with parking issues already. The hotel is not needed in a city already saturated with hotels and a timeshare. It is a classic example of profit over community.