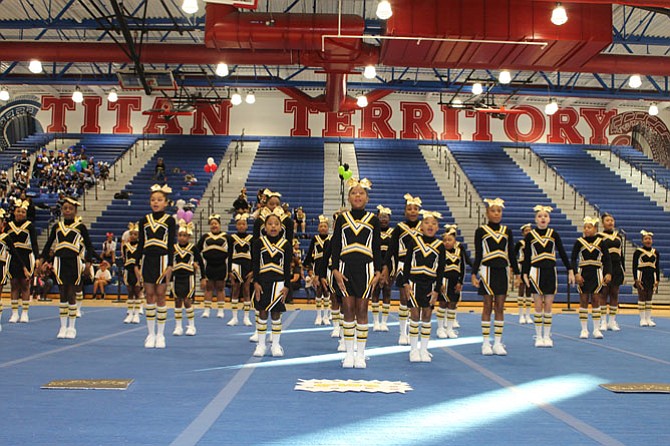 The city’s Department of Recreation hosted its Annual Alexandria Holiday Cheerleading Invitational on Dec. 16 at T.C. Williams High School. The competition featured youth cheerleading teams from Charles Houston, Cora Kelly and William Ramsay Recreation Centers as well as other teams from the metropolitan area. The cheerleading teams competed in four divisions in front of an estimated crowd of 1,000 people. The competition’s Master of Ceremonies, DJ EZ Street, from 93.9 WKYS Radio Station, who has been the MC for the event for the past 20 years was honored for his public service to the City of Alexandria. The Spirit Award was also named after Sonya Diggins one of the city’s longtime employee and coach for Charles Houston Recreation Center, who died in September. The winners of the 1st Sonya Diggins Spirit Award were Charles Houston and William Ramsay Recreation Centers. The next Spring Cheerleading Invitational will be held in April 2018. Recreation Programs and cheerleaders wanting to participate in future events should call 703-746-5402 for more information.