Lake Accotink is the site of the Braddock Nights Concert Series this summer. 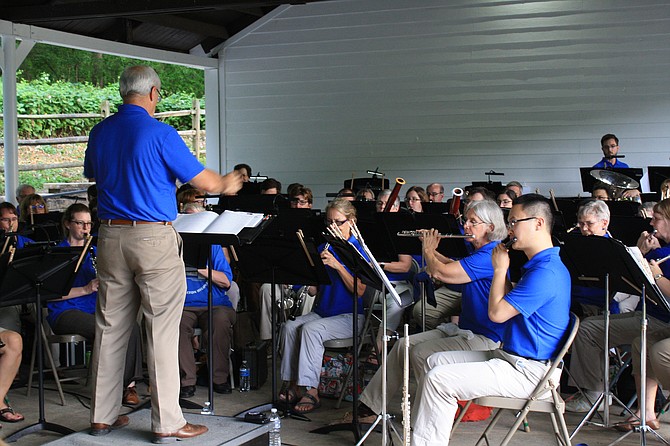 Burke — The Braddock Nights concert series lives on since then-Supervisor Sharon Bulova started it nearly 10 years ago, and the beat goes on throughout the 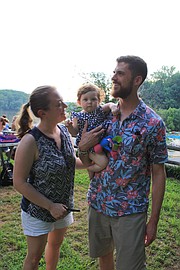 summer. To kick off the series this year, the “Main Street Community Band” filled the pavilion at Lake Accotink last Friday with big band sounds of the summer.

The concert began with a medley of Beach Boys tunes, led by conductor Geoffrey K. Seffens. “You just can’t beat that to start your summer,” he said at the end of the musical rendition. The band went into a 1925 baseball song called “The National Game,” and continued for the next hour to an enthusiastic crowd. The band sounds were occasionally interrupted by the train that flew by about 100 yards from the pavilion, but no one seemed to mind.

The emcee was Meghan Walker who is a member of the Friends of Lake Accotink Park. She unveiled this year’s official Braddock Night’s tee shirt which she referred to as a “collectors item.” Some members of the audience were wearing last year’s tee shirt.

Walker is a supporter of the lake and is following the county decision to dredge it or not. It’s filling up with silt carried into the lake by storm water drains and creeks. Braddock Nights “wouldn’t be the same without the sunset over the lake,” she said.

“Carol the Mom,” as she called herself, was watching her daughter Sharon, who played clarinet in the band. Sharon started on clarinet back in elementary school and continued into high school at Lake Braddock Secondary School, and then into college. “She just enjoys it, she enjoys the comradery of the band,” she said.

On a bench down by the water, Megan Huber was reading her book, but within earshot of the band. She is a Vienna resident that had driven her friends who were in the band. “A perfect spot, I had no idea this was here,” she said.

Next Friday at Lake Accotink, it will be the sounds of Karl Stoll and the Danger Zone. There is another Braddock Nights concert series every Friday at Royal 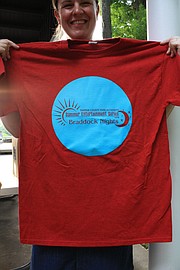