‘A Caring, Loving Guy’ of Alexandria 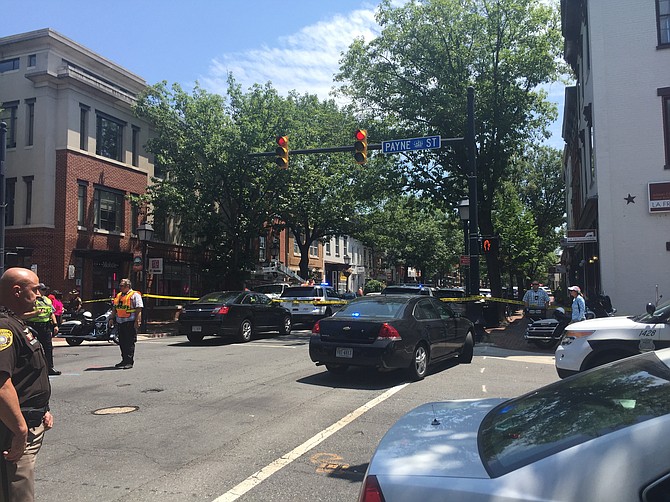 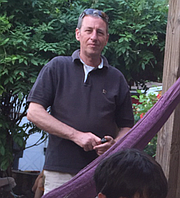 If Bradford Jackson was sure of anything, it was that Keith Moon was the greatest rock drummer of all time. Charles Bennett Moore, who runs Big Wheel Bikes in Old Town and was friends with Jackson for years, said this was the easiest way to get a rise out of Jackson. When Jackson would be walking in, Moore would mention how he thought Neil Peart from Rush was the greatest drummer ever and every single time Jackson would fall for the bait and launch into a passionate argument.

As soon as the police cars swarmed over King Street on Friday, July 13 and word began to filter out that someone had been murdered, Moore said he had an immediate sinking feeling it was Jackson. He called Jackson’s cell phone and there was no answer. Moore rushed over to Window Universe, where Jackson worked, and police had closed off the street. Seeing his bike, a beautiful old beach cruiser, set up in the window only confirmed these suspicions. At 11:49, police were dispatched to a call about a suspicious death. Jackson had been murdered inside Window Universe. A suspect, Pankaj Bhasin, was arrested at the scene and charged with the murder. A connection between Bhasin and Jackson has not been officially announced. Anyone with information about this investigation is asked to contact Detective Loren King with the Alexandria Police Department at 703-746-6689.

Jackson’s friends in the bike stores around town remembered his humility and generosity.

“[Jackson] was a caring, loving guy,” said Christian Myers, co-founder of VeloCity Bicycle Cooperative and a friend of Jackson’s who had been roommates with him on and off for years. “He had a heart of gold. He would do anything for you.”

Myers said Jackson loved the cool 1960’s aesthetic, with an extensive knowledge of vintage race cars and love of the TV show “The Avengers.” Jackson once took Moore’s son out to a Formula One race. Part of that love carried over into his choice of bicycle, a distinctive cruiser for which Jackson was known around town. Jackson biked to work every day, and Myers said he loved to visit all of the hottest spots around town: getting coffee at St. Elmo’s or Misha’s and then going to O’Shaughnessy’s on King Street for a drink in the evenings. Moore rarely drinks, but he says one of his best memories with Jackson was sharing a beer after the shop had closed for the day and listening to obscure ‘60’s and ‘70’s rock bands. Jackson knew every one of them.

“[Jackson] wasn’t into spending a lot of money if he was going out,” said Myers, “So some nights he would just hang out at home with a glass of wine.”

Walking into Big Wheel Bikes, there’s a large pig originally from the restaurant King Street Blues. Moore remembered getting a phone call from Jackson one day who was distraught to see the sign being haphazardly thrown away. He asked Moore if he wanted the sign, and the two of them travelled to the restaurant to wrest it away from the kitchen workers who were intent on destroying it.

“He was a happy, good dude who lived a simple life,” said Moore. “He rode his bike to work every single day and used to ride through Old Town. He was like a second dad to my son. He was a brother to me.”