‘Cat on a Hot Tin Roof’ at CenterStage in Reston
Votes

‘Cat on a Hot Tin Roof’ at CenterStage in Reston 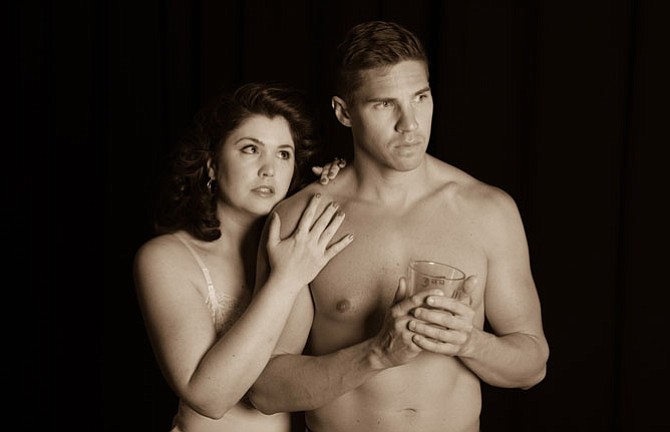 “Cat on a Hot Tin Roof” is the dramatic tale of Brick Politt, an alcoholic; a former star high school football player and his wife, Maggie. She is also known as “Maggie The Cat.” When Brick and family gather together to celebrate the family patriarch Big Daddy’s 65th birthday on their plantation, hidden secrets come to the surface.

“’Cat’ is one of my favorite stage productions. It is an honor to bring these characters to life,” said Sharon Veselic, who directs the show. “While the story takes place in the 1950s, many of the dynamics of the personalities portrayed on stage are still relevant today. It’s a true classic.”

Veselic has cast a dozen actors to perform in the RCP’s “Cat on a Hot Tin Roof.” Jonathan Bansfield plays the character Brick. “Brick is a very complex character. He has a very rich and complicated relationship with those around him, and even with himself. All of this must be conveyed through his interactions and reactions to those around him. He says a lot without saying much.

“I believe that there will be moments in the show for everyone; some comedy and humor, some sadness and tragedy, some questions, and some answers about what this play was trying to tell us about the complexity of human relationship,“ added Bansfield.

For Susan Smyth Robertson who plays Maggie, “’Cat on a Hot Tin Roof’ is a classic.” Asked why she auditioned for the role of Maggie, Robertson was clear, “An opportunity to act in a Tennessee Williams drama doesn’t come along every day! I am thrilled to be part of this production.”

Robertson described her Maggie character as “a very complicated woman with many layers and faces, but at heart, Maggie is a survivor. She's passionate, grasping, charming, manipulative, and raw. She uses any and all tools at her disposal to get what she needs.”

As for the Tennessee Williams’ legendary play title, “Cat on a Hot Tin Roof,” there is a line said by Maggie that explains it: “What is the victory of a cat on a hot tin roof? — I wish I knew ... Just staying on it, I guess, as long as she can ...”