What’s Next for Arlington County Board?
Votes

What’s Next for Arlington County Board?

A look ahead at the May 19 County Board meeting. 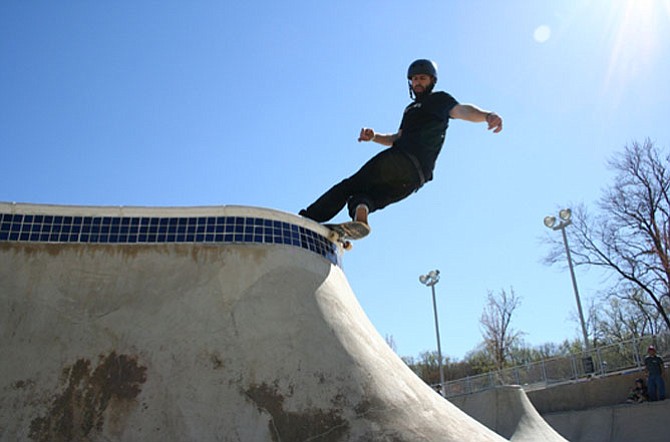 The County Board will consider the Four Mile Run Valley Policy Framework. The framework was approved by the Planning Commission at its May 9 meeting after several years of planning. The Four Miles Run Valley, a neighborhood known for its industrial uses and parks, will see major changes to both spaces with aims to make them more connected.

Another long-awaited park redevelopment, the Powhatan Springs Skate Park reconstruction, will also be brought to the County Board for approval. The current Powhatan Springs Skate Park was opened in 2004, and today, much of the concrete around the site has crumbled and created hazardous riding conditions. The county will consider a $1.9 million contract, though total project cost is estimated $2.2 million, to replace the park with a new facility. If approved, construction is expected to begin in the fall with the new park opening in early 2019.

As part of the ongoing Complete Streets project, the County Board will also consider a $1.8 million contract to improve a section of South Walter Reed Drive between South Four Mile Run Drive and Arlington Mill Drive. The area is currently the nexus of two of Arlington’s most popular bicycle trails: the Washington & Old Dominion Trail and the Four Mile Run Trail. The improvements will include wider shared sidewalks and new curb ramps.

The staff report notes that concerns were raised throughout the planning process that the project’s realignment of South Arlington Mill Drive could worsen traffic at the already congested nearby intersections. A pilot striping program was implemented and the project was fine tuned in late 2017 in response to these concerns.

“The project will increase pedestrian and bike safety at two important intersections and the bridge,” wrote Edith Wilson, president of the Shirlington Civic Association, in a letter attached to the project. “So far the initial lane changes at South Arlington Mill Drive and South Walter Reed Drive have gone smoothly.”

Wilson noted that she hoped the project would continue making improvements on the western side of the trail, like more signage direction for visitors to the popular Shirlington Dog Park.