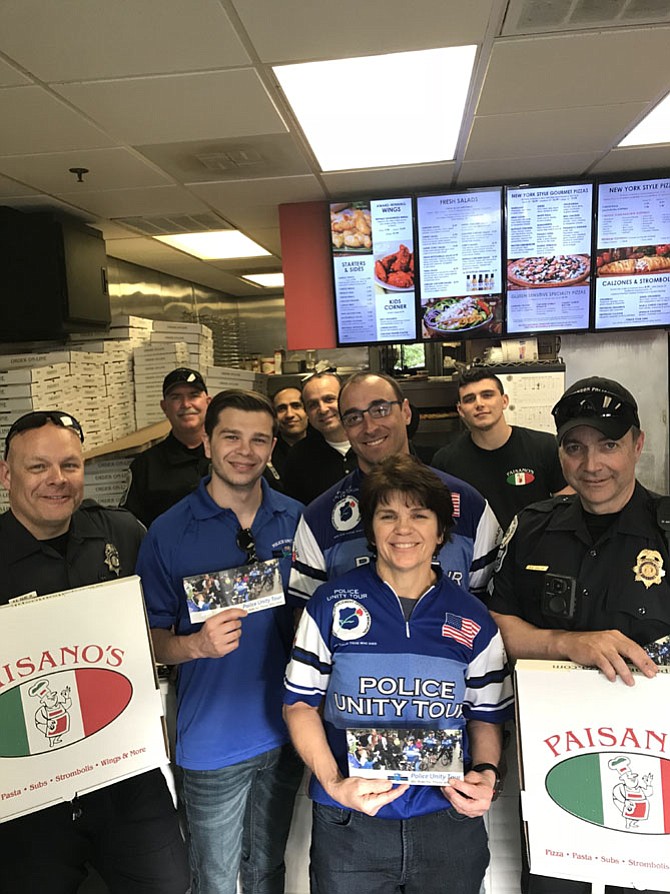 In their letter to ride participants, Patrick P. Montuore, Police Unity Tour CEO and Founder and Harry E. Phillips, Executive Director, wrote, “Every year…law enforcement officers die in the line of duty. Nothing can ever replace them to their family and friends. The National Law Enforcement Officers Memorial in Washington, D.C. allows for their memories to live on and honors these men and women forever.”

Members of the Herndon Police Department, including Chief Maggie DeBoard, attended the Paisano's fundraiser in Herndon to benefit the Tour. Chief DeBoard explained the National Law Enforcement Memorial Fund does not receive any public funding or taxpayer dollars but instead relies on public contributions, which are used among other things, to support the engraving of fallen officers’ names on the memorial.

At the time of Paisano's fundraiser in late April, Chief DeBoard said the week had not been very good for officers. She recounted two officers lost their lives in the days prior, one in Dallas, Texas after a routine call at a Home Depot and the other officer killed in central Maine.

The National Law Enforcement Officers Memorial Fund reports from Jan. 1 through May 18, 2018, 55 law enforcement officers across the United States have died while on duty, citing 28 of the deaths as firearms-related, an uptick of a 47 percent in comparison to the same period in 2017.

The National Law Enforcement Officers Memorial is located on E Street, between 4th and 5th Streets, NW, in Washington, D.C.

National Police Week is Sunday, May 13–Saturday, May 19. The week honors the service and sacrifice of law enforcement officers who lost their lives in the line of duty for the safety and protection of others.