Opinion: Letter to the Editor: In Honor of Veterans Day
Votes

Opinion: Letter to the Editor: In Honor of Veterans Day 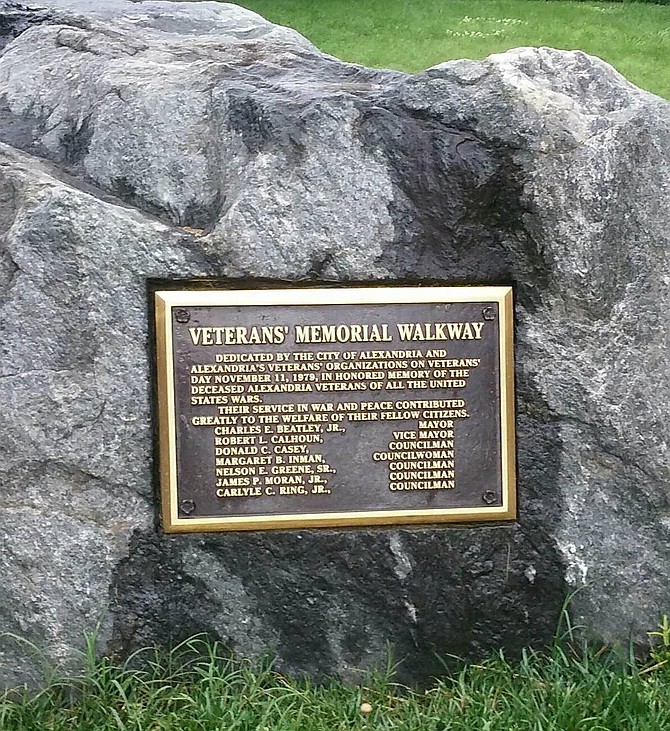 The Veterans' Memorial Rock along the corner of the bike path of the 500 block of South Columbus Street and the 800 block of Wilkes Street. Photo by Geri Baldwin

As we celebrate this Veterans Day, it’s a day to honor all who stood in line of duty for our country — through all the years of war. Just think of those who served our country, kept the faith and keeping faith in our country while supported by letters of hope and love from love ones. It's a picture easily painted within one’s own mind if only one takes the time within their heart.

Maybe that’s the reason I write and share my concerns for our veterans and those we lost. You see there's this little plaque on a rock at the Veterans Memorial Walkway along the bike path of the 500 block of South Columbus and the 800 block of Wilkes Street. Often pedestrians would stop and read the plaque on this rock throughout the year for it has a meaning that speaks and touches the hearts of those whom just take a moment to read it: "Dedicated to the City of Alexandria and Alexandria's Veterans' Organizations On Veterans Day, Nov. 11, 1979, in Honored Memory of the Deceased Alexandria Veterans of all the United States wars. Their Service in War and Peace Contributed Greatly to the Welfare of Their Fellow Citizens … Charles E. Beatley, Jr., Mayor … Robert L. Calhoun, Vice Mayor … Donald C. Casey, Councilman … Margaret B. Inman, Councilwoman … Nelson E. Greene, Sr., Councilman … James P. Moran, Jr., Councilman … Carlyle C. Ring, Jr., Councilman ..."

In honor of all our men and women in uniform who have served and fought for our country, you are not forgotten: Thanks.