Unbridling a Capital Campaign in Potomac 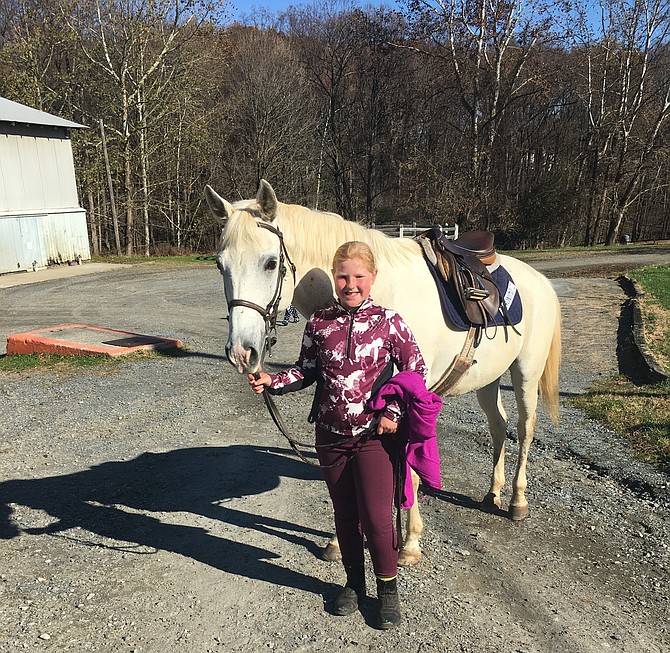 Katie Jacobsen walks Geronimo, her favorite horse, to cool him down after being ridden at Potomac Horse Center Sunday. Photo by Peggy McEwan/The Almanac 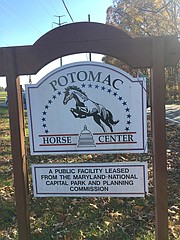 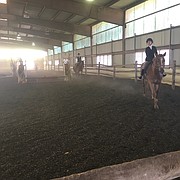 Riders demonstrate their skills during a horse show at Potomac Horse Center Sunday.

The bucolic setting, which also includes miles of horse trails, is located along Quince Orchard Road and is also bordered by DuFief Mill Road but walking around the facility is like being miles away from the housing developments surrounding it.

The location is one of its advantages according to Shailla Cardon, who has been riding at the center for more than 30 years.

Its reputation drew her to the center when she moved to North Potomac in 1982, she said.

“I was thrilled to be coming here,” she said. “Potomac Horse Center was a big deal, an Olympic training center, the best of the best.”

It still is, she said.

But, according to General Manager Renee Terselic, it's time for a major facelift of the facility.

“What happens is the facility is over 50 years old and is in disrepair,” she said. First on her must-have list is a new roof for the New School arena, she said; then she mentioned other needs ranging from repairing drainage in the fields, purchasing new bleachers, updating bathrooms and the main office, and repairing the perimeter fencing.

“You need to keep the horses in,” she said.

The center was started in late 1962 by Frederic C. Harting, who wanted a place for him and his family to ride. He also had the dream of establishing a world class riding academy in the mode of British riding schools.

His vision became a reality and many riders have trained there. The center includes boarding facilities for staff and students. In the 1960s and 1970s, it was the largest riding school in the United States, according to the Horse Center brochure.

Harting sold the property to Montgomery County in the early 1980s. It was leased by Elizabeth Madlener and operated as Maryland Horse Center until 1992 when Paul J. Novograd, of New York, took over.

“His family had the horses that were used in Central Park,” Cardon said.

The business arrangement includes paying rent to Park and Planning plus a portion of profits, Nancy Novograd said.

Both organizations pay some of the capital improvements, but more is needed according to a letter on the Horse Center’s Facebook page.

“These capital needs are not merely cosmetic,” the Facebook post said. “The 50-plus year old facility needs material upgrades that cannot be funded by the business of the Potomac Horse Center. Unless these repairs and improvements are made, the future of this crown jewel of the Maryland horse industry is uncertain at best. There are many potential uses for the 48 acres of our prime land in Montgomery County, including recreational facilities for soccer, football, baseball and other sports. And with the approval of major development plans on the property across Quince Orchard Road, these pressures will only increase.

“In short, if investments are not made in the Potomac Horse Center soon, PHC will become just a fond memory for you and the thousands of alumni and other horse enthusiast who love this special place. Help us demonstrate that access to riding is a valued part of the fabric of Montgomery County. Just as forward-thinking leaders preserved the agricultural tradition of the county, we are tasked with preserving the county’s famed riding tradition by sustaining this ‘gateway’ site for future generations of riders.”

With that plea, the Potomac Horse Center started its capital campaign.

The current goal is to raise $1 million in five years, Turselic said.

To donate, visit www.potomachorse.com. Donations are handled by the Montgomery Parks Foundation, a 501(c)(3) non-profit organization.