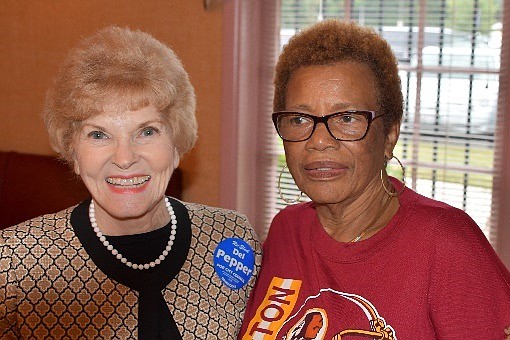 The Departmental Progressive Club celebrated its 91st anniversary last month with its annual Open House and presentation of club awards. Located at the corner of Royal and Gibbon streets, the DPC was formed on Sept. 27, 1927, as a place for African American men to gather, socialize and interact with each other.

The annual open house took place later that day in the DPC building and featured the presentation of the club’s community service award to City Councilman Willie Bailey. In his absence, the award was received by DPC Vice President Merrick Malone.

The evening culminated with the Anniversary Dinner Dance at the club. Several “Years of Service” plaques were presented to club members with the club’s highest award, The Lawrence D. Day Distinguished Service Award, presented to William Chesley for his outstanding service to the club.