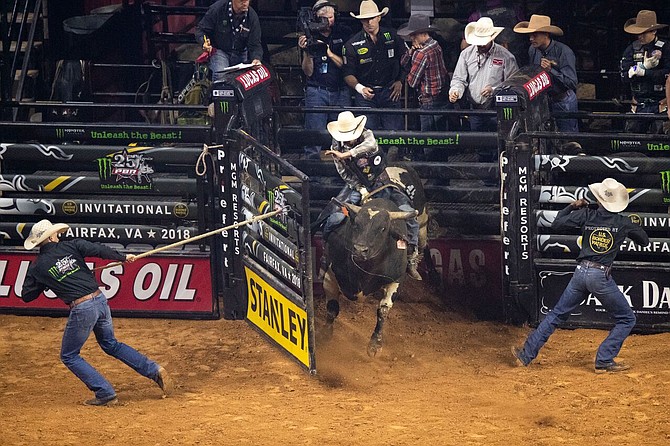 The gate is swung open for Fraser Babbington from New Zealand as he tries to ride Jailbreaker. Photo by Tom Manning/The Connection

Fabiano Vieira from Brazil gets thrown off Blu Bell in round one.

Cooper Davis from Texas attempts to ride Catfish John in the 15/15 Bucking Battle. 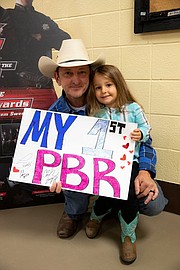 Round two of the U.S. Border Invitational is about to get underway at EagleBank Arena on Sept. 23. 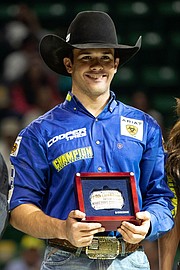 Kaique Pacheco smiles as he proudly holds the championship buckle during the awards ceremony.

The Professional Bull Riders held the U.S. Border Invitational at EagleBank Arena in Fairfax on Sept. 22 and 23. The event was part of the 25th PBR: Unleash the Beast premier tour featuring the top 35 bull riders in the world against the best bulls in the business. Bull riders competed in two rounds over the two-day event, culminating with the top 15 riders competing in the championship. Kaique Pacheco from Brazil won the event to solidify his ranking as the number one bull rider in the world. Cody Jesus from Arizona finished second, followed by Valdiron de Oliveira from Brazil in third.